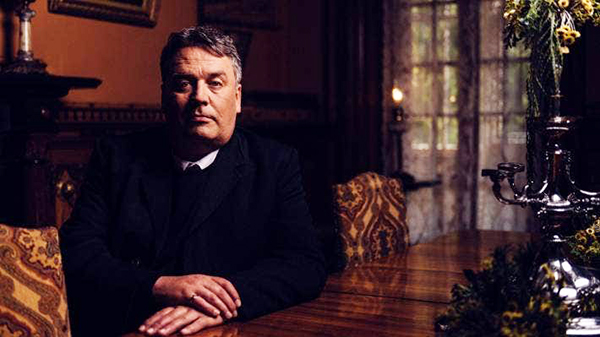 Martin Phillipps is the frontman of iconic Dunedin band The Chills. Supplied.

Asteroid 53109 has an official new name, and it’s one close to home.

The asteroid has been officially named after Martin Phillipps, the lead singer for iconic Dunedin band The Chills.

“I don’t think I’ve laughed so much as when I got the message … it’s really wonderful actually,” Phillipps said.

The out-of-this-world announcement for the singer, who penned hits like Heavenly Pop Hit and Pink Frost, was made by Dr Ian Griffin of Otago Museum, who discovered the asteroid from Cocoa in Florida on January 12, 1999.

A renowned astronomer, Griffin was also a self-confessed fan of Phillipps’ music. That started in the 80s back in the United Kingdom but grew when he moved to Dunedin and saw the band play live.

Griffin even asked the frontman to perform solo at the opening of the Otago Museum Planetarium in 2015, where he played Aurora Corona from the album Silver Bullets

Griffin’s fandom peaked when he received confirmation from the International Astronomical Union that the proposed name for the asteroid he had discovered had been accepted.

It meant asteroid 53109 was now officially known as Martinphillipps.

“Martin Phillipps (b. 1963) is the lead singer of the Dunedin rock band The Chills, whose music forms the backbone of the so-called ‘Dunedin sound’,” the notes of the discovery said.

Griffin said Martinphillipps, which was about 6.432 kilometres in diameter, orbited the sun between Mars and Jupiter, and took 4.07 years to complete one orbit. 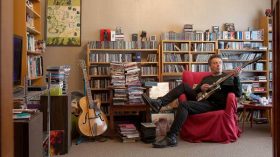 Other asteroids had been named after notable people from around the globe, including Giovanni Riccioli (1598–1671), who was one of the first telescopic observers of the Moon, and Lithuanian poet Vincas Kudirka (1858–1899).

Phillipps was not much of a stargazer, but was certainly a big thinker and had asked Griffin if the naming rights entitled him to mining rights on the asteroid.

“The flip side was if it hits earth am I legally liable,” he said.

He hoped to see some images of his namesake.

The Chills’ new album, Scatterbrain, was released in May, and the group planned to tour the United States next year.