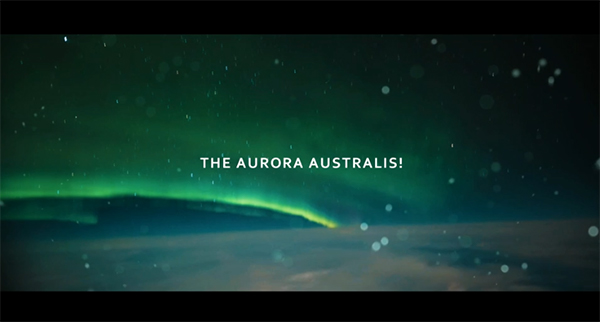 Viva Expeditions has partnered with Air NZ to offer a scenic flight from Christchurch to see the Aurora Australis. Click here to view the video.

New Zealand may not have “flights to nowhere”, but it arguably has something even better (and certainly less directionless): A scenic flight to see the Southern Lights.

Tour operator Viva Expeditions has teamed up with Air New Zealand and Otago Museum director and astronomer Dr Ian Griffin to offer the third inception of the Aurora Australis chartered flight from Christchurch. Like its predecessors in 2017 and 2018, the March 20, 2021 flight will head to an area above the Southern Ocean where the lights tend to shine the brightest. 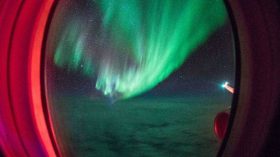 There’s no guarantee passengers will see the aurora, but they did on the previous flights in 2017 and 2018.

Timed to coincide with the autumn equinox, the 10-hour return flight aboard a 787 Dreamliner will head towards Antarctica, aiming for latitudes of 62 degrees south to ensure passengers have the best view of the famous natural show.

High above the clouds and weather systems, passengers can also expect a clear view of constellations and planets en route.

Onboard astronomers, including Griffin, will point out their favourite objects in the night sky and explain how an aurora is created, while they and the onboard photographer will up your chances of getting some truly stellar shots.

Ranging from $1195 per person for an economy class seat with a limited view to $6995 for a window seat in Business Premier Plus, the flights also include two meals, snacks and full bar service.

Griffin, a self-described “aurora fanatic”, said “you never know quite what you are going to see” on a flight into the southern auroral zone.

“As I said on my return from the first flight, we’ve travelled two-thirds of the way to the South Pole, seen an incredible display of southern lights, got lovely pictures and we are home in time for breakfast!” 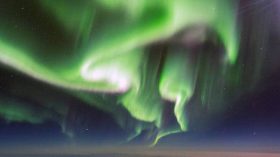 The flights are timed to coincide with the autumn equinox when auroras can be especially bright. Viva Expeditions/Supplied.

Griffin also led the two previous Air New Zealand charter flights into the zone: The first from Dunedin in March 2017 and the second from Christchurch in March 2018. He organised the former – the first-ever commercial flight to the Aurora Australis – after seeing the lights on a similar flight with Nasa in 2016.

While aurora sightings are not guaranteed as they are a natural phenomenon, passengers on both flights experienced between four and six hours of auroral displays, Viva said.

While not everyone aboard the inaugural flight thought they had got their money’s worth, Griffin said afterward that the view of the aurora from the plane would have been better than anything that could have been seen in New Zealand, unless there had been a really big storm. 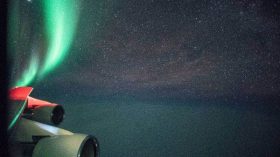 All three flights to the Southern Lights were operated by Air New Zealand.

“A number of people … may have expected something a little bit more bright, but again we got some pretty lovely photographs,” he said.

“Cameras are more sensitive than the eye, so they will always see more.”

Flights are timed around the March equinox, when, as in spring, auroras are known to be especially frequent and bright. Flights are also timed to coincide with a new moon when the sky is the darkest.

Should the flight not go ahead due to Covid-related restrictions, passengers can choose between a full refund, a credit to use on another Viva tour, or a transfer to an alternative departure date.