You are here: Home » Articles filed under: 'News' » Article: 'On Resigning from BM’s Board of Trustees'

On Resigning from BM’s Board of Trustees 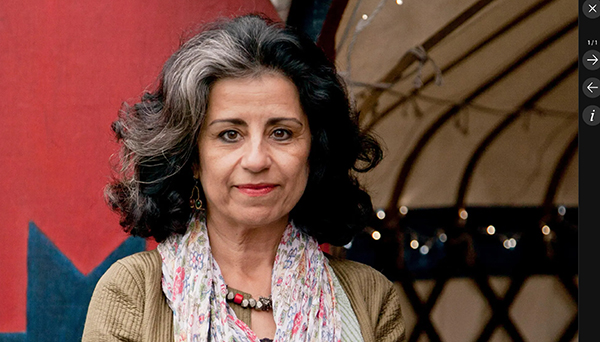 Ahdaf Soueif says her resignation was not in protest at a single issue. Photograph: Alamy.

Ahdaf Soueif, On Resigning from the British Museum’s Board of Trustees, LRB Blog, 15 July 2019

The British Museum is one of the world’s few encyclopaedic museums: it tells the story of how civilisation was built; it boasts seven million visitors a year and is committed to free entry; it holds a unique place of authority in the nation’s – perhaps the world’s – consciousness. A few days ago I resigned from its Board of Trustees.

My resignation was not in protest at a single issue; it was a cumulative response to the museum’s immovability on issues of critical concern to the people who should be its core constituency: the young and the less privileged.

Public cultural institutions have a responsibility: not only a professional one towards their work, but a moral one in the way they position themselves in relation to ethical and political questions. The world is caught up in battles over climate change, vicious and widening inequality, the residual heritage of colonialism, questions of democracy, citizenship and human rights. On all these issues the museum needs to take a clear ethical position.

In early 2016, I raised the issue of BP’s very high profile sponsorship of public exhibitions with the museum’s board, the chair of trustees and the director. It was an education for me how little it seems to trouble anyone – even now, with environmental activists bringing ever bigger and more creative protests into the museum. The public relations value that the museum gives to BP is unique, but the sum of money BP gives the museum is not unattainable elsewhere. I can only think, therefore, that the museum, which has just reaffirmed its relationship with the oil giant, does not wish to alienate a section of the business community, and that this matters more than the legitimate and pressing concerns of young people across the planet – including the schoolchildren who are a target audience for the museum.

In January 2018, the giant service provider Carillion went bankrupt. Of the 138 museum staff who had been handed over to Carillion five years earlier, 60 remained. They kept coming in and doing the cleaning while being paid by the receiver. Some had worked for the museum for twenty years. Now they wanted to be rehired direct. The South Bank Centre and the Historic Royal Palaces rehired people. The museum would not even enter into discussions with the workers. A conversation I tried to start about this was shut down.

In November 2018, a French report commissioned by President Macron recommended the full restitution of looted African artworks. It burst open the debate over the repatriation of cultural artefacts. Museums, state officials, journalists and public intellectuals in various countries have stepped up to the discussion. The British Museum, born and bred in empire and colonial practice, is coming under scrutiny. And yet it hardly speaks. It is in a unique position to lead a conversation about the relationship of South to North, about common ground and human legacies and the bonds of history. Its task should be to help us all to imagine a better world, and – along the way – to demonstrate the usefulness of museums. This would go some way towards making the case for keeping its collection in London. But its credibility would depend on the museum taking a clear position as an ally of coming generations.

In its on-the-ground practice the museum cannot be faulted. Its curators are among the best in the profession; the research it produces is impressive in scope, rigour and volume. It has created a vibrant global network of curators through the World Training Programme it instituted 13 years ago. It helped found the Circulating Artefacts project, which enables the tracking of stolen artefacts as they appear on the market. It has embarked on a massive project of redeploying its collection to tell a more joined-up story of human civilisation – a necessary but not sufficient condition for it to remain relevant in the coming decades. Any story the museum chooses to tell must finally be judged in context: that is, in relation to how it behaves – where it gets its money, how it treats its workers, and who it considers partners.

The British Museum is not a good thing in and of itself. It is good only to the extent that its influence in the world is for the good. The collection is a starting point, an opportunity, an instrument. Will the museum use it to influence the future of the planet and its peoples? Or will it continue to project the power of colonial gain and corporate indemnity?

Schools bring children to the British Museum – the same children who are now living in existential dread of climate change. How do they respond to BP’s logo on the museum’s headline exhibitions? What does it mean when the employment policies of a free-to-enter museum push its workers into economic precarity? This is a museum of material objects that charts the way the world has been made and remade over history: will it be involved in making a world that is habitable, just, interconnected and open for the next generation; or will it continue to collaborate with those who are unmaking the world before our eyes?

I was sad to resign; sad to believe that it was the most useful thing I could do.