You are here: Home » Articles filed under: 'News' » Article: 'On the Home Front'

On the Home Front 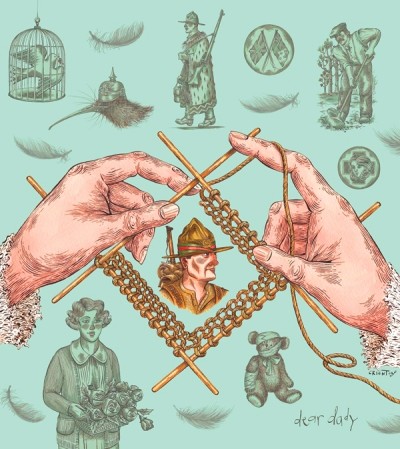 Image from Home Front: Experiences of the First World War in New Zealand.

Following the success of ‘Gallipoli in Minecraft®’ and ‘Entangled Islands (Sāmoa, New Zealand and the First World War)’, Home Front is the third in a series of exhibitions commemorating the WWI Centenary (2014 -2018).

The Museum’s overarching WWI Centenary programme theme ‘He toa taumata rau’ or ‘Courage has many resting places’ is shared with Auckland Council’s commemorative initiatives and provides an  opportunity to further explore the lesser known perspectives of the First World War at home.

Home Front delves into the stories of courage, conflict and resilience of New Zealanders left behind during the First World War.

Drawing from Auckland Museum’s extensive collections, the exhibition includes personal keepsakes, family portraits, postcards and letters which tell the stories of ordinary New Zealand families separated from each other by war.

Life at home was shaped by events half a world away and the experience of absence was almost universal for those who remained in Aotearoa New Zealand. But while some communities pulled together, others were pulled apart by differences of opinion. Home Front surfaces some of the silences and the less considered perspectives of the First World War.

“Despite the divisions, the generosity of spirit and the human concern shown by Aucklanders and New Zealanders towards our own troops and, in turn, to the fate of innocent peoples caught up in the War, as for example this city’s care for those in Belgium, is a testament to our ability to come together in times of need,” says Auckland Museum Director Roy Clare.

“There are however many different stories from this period which need to be told – from the divergent perspectives of the women and families who shouldered the burden as men departed to fight, through those involved in the White Feather Brigade, to the differing experiences of Māori and Dalmatian communities during wartime.”

The country was swept up in a fervour of patriotic fundraising with hundreds of organisations forming initially to support war-torn Allied countries like “poor little Belgium”. But from May 1915, casualty lists published daily in New Zealand newspapers brought home the realisation that the war would be long, difficult and expensive.

Uncertainty pervaded everything. Would sons, husbands, fathers, brothers live through the ordeal or come home seriously injured? When would the war end? Could families make ends meet until the breadwinner returned?

Home Front will explore these questions and more.

Home Front: Experiences of the First World War in New Zealand is free with museum entry and is on in the Sainsbury Horrocks Gallery from 26 February 2016 – 13 November 2016.