You are here: Home » Articles filed under: 'News' » Article: 'One hell of an inferno at TMAG'

One hell of an inferno at TMAG

February 9th, 2017 | Browse other: News. | Tagged with: One Hell of an Inferno, Tasmanian Museum and Art Gallery | 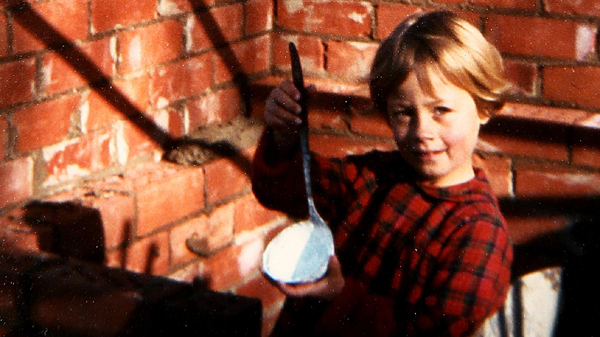 Rebecca Kissling of Oatlands, was only 4 when her family home on Forest Rd burnt down. The only object that survived was a silver soup ladle given to her parents as a wedding present.

Sally Glaetzer, All that remains from the ashes, The Mercury, 4 February 2017

Who knew a soup ladle could evoke such powerful memories? The simple stainless steel utensil which lives in Rebecca Kissling’s kitchen drawer, was given to her parents as a wedding present before they emigrated from Germany in 1960.

Seven years later, it was the only thing left when the family’s weatherboard West Hobart home was destroyed in the bushfires that tore across parts of Southern Tasmania, killing 64 people and injuring hundreds of others.

As Rebecca puts the ladle on her mother Barbara’s kitchen table she remembers, as a four-year-old on the day of the fires, her plastic sandals sticking to the melting tar of Forest Rd, where the family lived on the edge of Knocklofty Reserve.

Her elder sister Esther was down the hill at Gouldburn St Primary School.

She recalls a growing sense of unease as the teachers huddled in hushed conversation in the yard, the sun an ominous ball of red.

Barbara, now in her 80s, had survived the firebombing of Darmstadt in 1944, when her family fled their burning home with nothing but a few pieces of silver cutlery.

When the fires came on February 7, 1967, they came from both sides, down from the hills of Knocklofty and up across the paddocks from South Hobart . . .

The Tasmanian Museum and Art Gallery’s current exhibition on the fires, One Hell of an Inferno, includes items salvaged from the ashes.

Kevin Kiernan has lent the exhibition a sculptural collection of molten pipes and glass found in the remains of his childhood home at Fern Tree.

“We decided it was probably part of the washing machine,” he says of the item he displays proudly in his home, which he rebuilt on the site in 1983 for his family.

Positions Vacant » View All
» Senior Curator of Art – MAGNT
» Director, First Nations – MAAS
Latest News » View All
AWM ‘young and free’ branding adapts
+ a Greek perspective on national anthem Read more.
What’s the word of the year for 2020?
in US art museum world it’s ‘deaccession’ Read more.
12 major international controversies of 2020
- & why they won’t disappear in 2021 Read more.
Victorian Collections online launched
- supported by MV & AMAG Vic Read more.
Univ of Melb & MV Tas tiger collaboration
findings only possible through museum loans Read more.
Top +
Council of Australasian Museum Directors, c/o Ms Daryl Karp, Museum of Australian Democracy at Old Parliament House PO Box 3934 Manuka, Australian Capital Territory 2603 Australia, © CAMD 2021
Copyright: All information and resources provided on this website remain the copyright of the Council of Australasian Museum Directors. Permission is granted for viewing and downloading for personal and not for profit purposes. Those wishing to reproduce any materials for commercial, educational or other uses are requested to contact us.
Disclaimer: The content of this website is provided for information purposes only and is not intended as a substitute for professional advice. No claim is made as to the accuracy or authenticity of the content of the website. The Council of Australasian Museum Directors does not accept any liability to any person for the information or advice (or the use of such information or advice) which is provided on this website. The information on our website is provided on the basis that all persons accessing the site undertake responsibility for assessing the relevance and accuracy of its content. No responsibility is taken for any information or services which may appear on any linked web sites. Hostgator.
.