You are here: Home » Articles filed under: 'News' » Article: 'Opalised pearls at SAM' 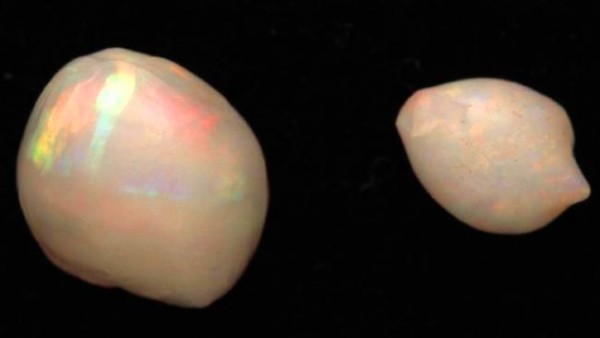 Clare Peddie, The world’s first opalised pearls are on show at SA Museum, The Advertiser, 5 February 2016

Scientists have confirmed the discovery of the world’s first opalised pearls, unearthed in Coober Pedy and now on display at the SA Museum Opals exhibition.

The pearls date back to the Cretaceous period, when the area was covered by the Eromanga Sea, and are at least 65 million years old.

Opal miners Tanja Burk and Dale Price from TADA Opals found the extraordinary specimens among opalised shells in Dora Gully at Twelve Mile Opal Field about a decade ago.

However, it was not until they loaned them for the exhibition that museum officials had them tested.