October 22nd, 2021 | Browse other: News. | Tagged with: $8.34m Outback Museum of Australia to be built in Charleville, Outback Museum to showcase outback resilience and innovation | 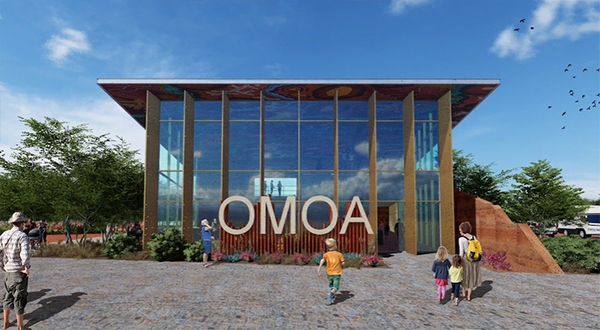 A mock design for the Outback Museum of Australia. A competition will decide the final design. Supplied: Griffith University.

A museum dedicated to showcasing the best of the outback will be built in Charleville in south-west Queensland.

The $8.34 million Outback Museum of Australia (OMOA) will champion the people and industries of the bush, and celebrate the ways they’ve had to diversify due to drought.

The museum will be built in Charleville’s existing Top-Secret Tourism Precinct, alongside the Charleville Cosmos Centre and reimagined WWII Secret Base used by the United States army during World War II.

“This really puts us on the map,” Councillor Radnedge said.

“[This will] turn the outback into a tourism mecca, which we’ve known it always has been, but this has really put us on the forefront.” 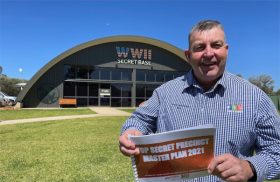 The Murweh Shire Council has received $7.94m of federal government funding for the project, which will go towards the construction of the Outback Museum of Australia and upgrades to the WWII Secret Base and Airfield Museum.

Councillor Radnedge said he was shocked and excited the application for the Building Better Regions Fund was approved.

Member for Maranoa David Littleproud said it was a “proud day for Charleville”.

“This will transform the future of tourism in town,” Mr Littleproud said.

Councillor Radnedge said the Outback Museum of Australia would celebrate the innovation of country residents to keep the nation running, against all odds.

“Let’s face it, agriculture in the outback is the backbone of Australia,” he said.

“Without us, that eastern seaboard can’t function. 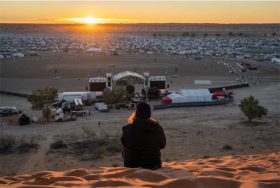 Travellers have flocked in record numbers to outback Queensland throughout the pandemic.(ABC News: Ellie Grounds).

“We’ve survived droughts, floods, fires, whatever you’ve thrown at us, because we are resilient.

“[It will] showcase how we have handled [that], because it’s decimated some of our communities, but we just keep bouncing.

“Why does it keep bouncing? Because people are willing to adapt, change their business models.”

For tourists driving from south-east Queensland, Charleville is somewhat of an unofficial entry point to the outback.

Councillor Radnedge said the new museum would include exhibits on neighbouring outback towns, and serve as a jumping-off point for road trips.

“You would come and potentially you might be going to Eromanga and you’ll see what’s in Cloncurry, and decide to go a different way.”

Unlike other tourism regions decimated by border closures, outback Queensland has seen a boom in travellers looking to learn about Australia’s heritage. 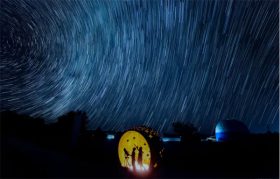 Councillor Radnedge said the Outback Museum of Australia would give them another reason to head bush once overseas and interstate holidays were back on the table.

“COVID’s really given us the enthusiasm that we need to diversify to keep these people that are travelling,” he said.

There will be an international competition to decide on the final design of the museum.