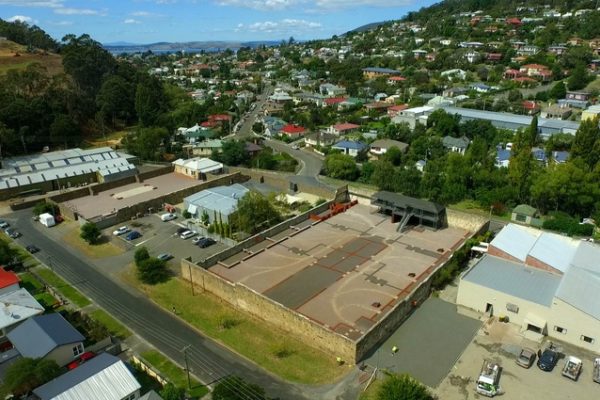 The Port Arthur Historic Sites Management Authority (PAHSMA) has opened an architectural design competition for a history and interpretation centre for the Cascades Female Factory site in Hobart. The Cascades Female Factory, Australia’s most significant historic site associated specifically with female convicts, is one of three Tasmanian penal sites managed by PAHSMA that are part of the 11 sites that make up the Australian Convict Sites UNESCO World Heritage property.

The competition calls for a design that will act as a “contemporary and sympathetic” response to the “profound history of the site.” The proposed centre will act as a multipurpose record and data-keeping house, interactive education centre and exhibition and event space.

One of five built in Tasmania during its time as the Van Diemen’s Land penal colony, the Female Factory (so-called because one of the factory’s functions was to put female convicts to work) was an Australian adaptation of the Victorian workhouse. The factory also acted as a prison, nursery, hospital and hiring depot, and also provided temporary housing for female convicts until they were assigned, either as wives or as domestic servants, to colonial officers or free settlers.

After the transportation of convicts to Tasmania ended in 1853, the Cascades Female Factory was used as a prison, a home for the poor and the insane, and a hospital.

The Cascades Female Factory site comprises three of the original five yards that made up the factory, as well as the still-standing Matron’s quarters, extensive surface and sub-surface remains of convict-era structures, and an archaeological collection made up of more than 2,000 artefacts.

The site offices and visitor services are currently housed in an anachronistic structure that was originally built as a food production facility. In its decision to add the Australian Convict Sites property to the UNESCO World Heritage List in 2010, UNESCO specifically recommended that the building be removed. The design brief calls for a structure of modest scale and sensitive design to replace it.

Of the 13,000 female convicts that were transported to Van Diemen’s Land between 1803 and 1853, more than 6,000 spent some time within the walls of the Cascades Female Factory. Female convicts confined to the factories were the first in Australia to experience solitary confinement. Women were subjected to intensive surveillance and often-harsh conditions at the factories that included overcrowding, unhygienic conditions, as well as a high infant mortality rate.

Reflecting the female factory’s historical significance for Australian women convicts, PAHSMA are requiring entrants to demonstrate a “commitment to resourcing the project with a significant proportion of female participation.”

This is also indicated in the all-female jury, which is chaired by Professor Sharon Sullivan, chairperson of the PAHSMA board. Also on the jury are architect and inaugural Paula Whitman Leadership in Gender Equity Prize-winner Catherine Baudet, director of the Tasmanian Museum and Art Gallery Janet Carding, architectural writer, researcher, and former editor of Architecture Australia Justine Clark, former national president of the Australian Institute of Architects Shelley Penn, and architect Penelope Seidler.

The competition will be conducted in three stages: architects registered in Tasmania or eligible for registration in Tasmania are encouraged to submit expressions of interest in the first stage, which will determine the list of entrants invited to submit initial concepts for the second stage. Shortlisted entrants will progress to the final concept stage.

Expressions of interest close on 5 April 2017. The shortlist for initial concepts will be announced on 10 August, with the announcement of the winner taking place in November.