July 10th, 2020 | Browse other: News. | Tagged with: dismissal of the Whitlam government, Palace Letters to be released in full next week | 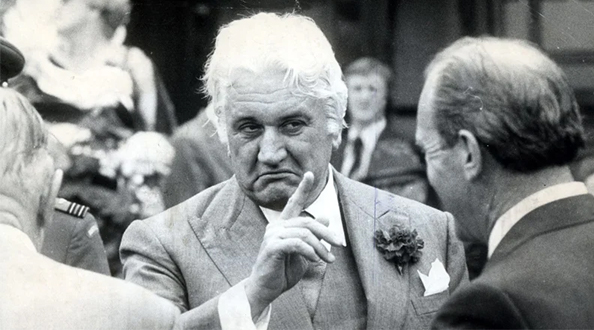 The letters between Sir John Kerr and Buckingham Palace will be released next week. Credit: The Age Archives.

Nick Bonyhady, ‘A terrific victory’: Palace Letters to be released in full next week, The Sydney Morning Herald, 9 July 2020

Australia will learn more of a pivotal moment in its history when the so-called Palace letters — sent between former governor-general Sir John Kerr and Buckingham Palace before the dismissal of the Whitlam government — are released in full next week.

More than 1000 pages of documents, including 200 letters, will be made available on Tuesday, the National Archives of Australia announced on Thursday, and could shed new light of the role of the royal family in former prime minister Gough Whitlam’s sacking in 1975.

Monash University Professor Jenny Hocking, who fought a three-and-a-half year legal battle to have the letters released, said the archives had at last done “the right thing” by releasing the letters without redaction.

“It’s a terrific victory,” Professor Hocking said. “It’s amazing. We’ve had a lot of very intense discussions with the archives and the right decision has been made.”

“There have been decades of writing the history of the dismissal and the Whitlam government without this critical material,” Professor Hocking, a biographer of political figures including Mr Whitlam, said. Both the federal government and the archives had argued before the courts that the letters were personal property rather than being owned by the Commonwealth and should therefore stay secret for longer and only be released with the Queen’s permission.

David Fricker, the archives’ director-general, said his institution was “proud to function as the memory and evidence of the nation, to preserve and provide historical Commonwealth records to the public”.

The records contain 1000 pages of documents including 95 letters from Buckingham Palace to Sir John and 116 letters from Sir John to the Palace.

The records will be released simultaneously online and at an event on Tuesday. Professor Hocking, who is based in Victoria and was not told of the event before Thursday, said it was a “great disappointment” she could not be there due to the Melbourne lockdown.

Labor’s attorney-general spokesman Mark Dreyfus said the announcement was “a vindication of Jenny Hocking’s four year campaign to have these letters made public. All Australians owe a debt of gratitude to Professor Hocking for her commitment to telling the full story of the extraordinary and shameful events of 11 November 1975”.