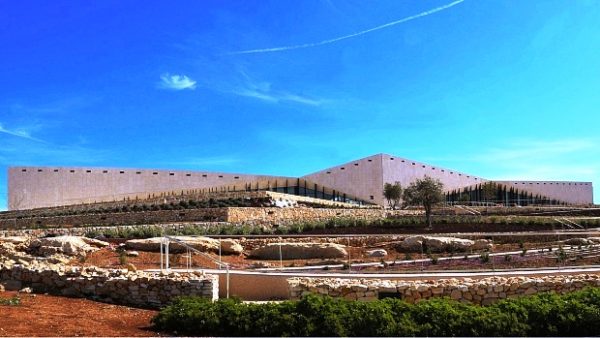 A new director has been appointed at the Palestinian Museum in Birzeit, north of Jerusalem, only two weeks before the new institution opens to the public. Mahmoud Hawari—a research associate at the Khalili Research Centre, University of Oxford, and a visiting academic at the British Museum in London—will take the reins at the new museum, which is due to open on 18 May.

Hawari has also led several Palestine-based archaeological projects, including excavations at Khirbat al Mafjar in Jericho from 2009 to 2014. Since 2004, he has acted as a consultant for the International Council on Monuments and Sites (Icomos). “This will be a museum that overcomes political and geographical borders, and links Palestinians together, at home and in exile, wherever they may live,” he says in a statement.

He replaces Jack Persekian who stepped down in December because of “differences over planning and management issues”, according to the museum management.

The Palestinian museum includes 3,500 sq. m of exhibition and educational space, and will focus on the history and culture of Palestine from 1750 to the present day. It is a flagship project of Taawon-Welfare Association, a non-profit organisation registered in Switzerland that “is committed to providing development and humanitarian assistance to Palestinians”.

The $30m building, designed by the Dublin-based architectural firm Heneghan Peng, stands on a 40,000 sq. m plot of land offered on a long-term lease by the adjoining Birzeit University.