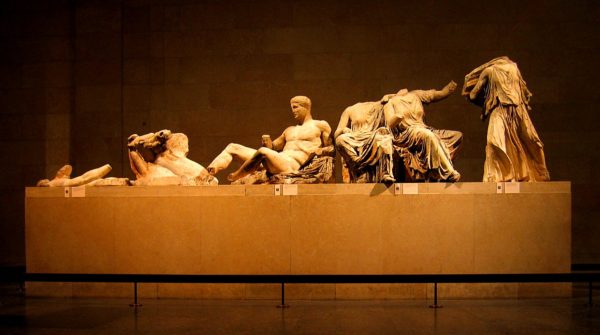 Helena Smith, Greece looks to international justice to regain Parthenon marbles from UK, The Guardian, 9 May 2016

Greece has not abandoned the idea of resorting to international justice to repatriate the Parthenon marbles and is investigating new ways in which it might bring a claim against the British Museum.

As campaigners prepare to mark the 200th anniversary of the antiquities’ “captivity” in London, Athens is working at forging alliances that would further empower its longstanding battle to retrieve the sculptures.

“We are trying to develop alliances which we hope would eventually lead to an international body like the United Nations to come with us against the British Museum,” the country’s culture minister, Aristides Baltas, revealed in an interview.

But the politician admitted there was always the risk of courts issuing a negative verdict that would wreck Athens’ chances of having the artworks reunited with the magnificent monument they once adorned.

“Courts do not by definition regard [any] issue at the level of history or morality or humanity-at-large. They look at the laws,” said Baltas, an academic and philosopher who played a pivotal role in founding Syriza, Greece’s governing leftist party. “As there are no hard and fast rules regarding the issue of returning treasures taken away from various countries, there is no indisputable legal basis.”

The move came to light as the world’s longest-running cultural row looks poised to intensify. Almost 200 years have elapsed since the British parliament voted on 7 June 1816 to purchase the collection from Lord Elgin, the Scotsman who as ambassador to the Ottoman Empire ordered the frieze to be torn from the Parthenon and shipped to England. Activists are counting down to what they call the “black anniversary”.