You are here: Home » Articles filed under: 'News' » Article: 'Past and present merge'

Past and present merge 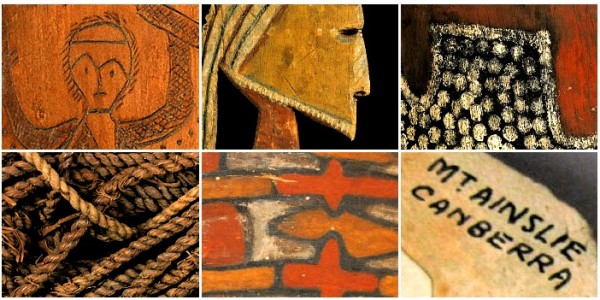 Objects on display at the Encounters exhibition.

Mathew Trinca, Past and present merge in museum’s Encounters exhibition, The Australian, 18 March 2016

The landing of Lieutenant James Cook at what we now call Botany Bay in 1770 changed forever the course of human lives on the Australian continent.

Most important, it led to the decision to establish a convict settlement at Sydney within two decades. This history and the severity of its impact on the Aboriginal and Torres Strait Islander peoples of this land is undeniable.

Less well known are the actual circumstances of that first landing, when Cook and his ship’s crew encountered the Gweagal people on the shores of the bay.

There are accounts of the event, of course, but they are one-sided, written by Cook, Joseph Banks and others.

We do know that as the ­Endeavour’s boats neared shore, two Gweagal warriors came down “who seemed resolved to oppose” them. There followed an exchange of spears and musket fire, and one of the men who stood courageously on that shore was wounded. We will never know his fate.

Like so much of the violence that was to come on Australia’s frontier, at its heart was a fundamental failure of trust and dialogue. Instead of establishing the terms of friendly and peaceful exchange, the encounter quickly turned on questions of force and firepower.

Astonishingly, the shield and spears used by those two Gweagalmen exist today. They are in the collections of the British Museum, in London and Cambridge University, and are among the oldest known objects of the nation’s ­Aboriginal cultures.

At present, however, the shield and spears are in a major exhibition at the National Museum of Australia. Encounters: Revealing Stories of Aboriginal and Torres Strait Islander Objects from the British Museum is the product of more than four years’ work between the British Museum and 27 Aboriginal and Torres Strait Islander communities around the nation — the communities from which these objects originated.

The Encounters project is unprecedented in the cultural life of the nation.