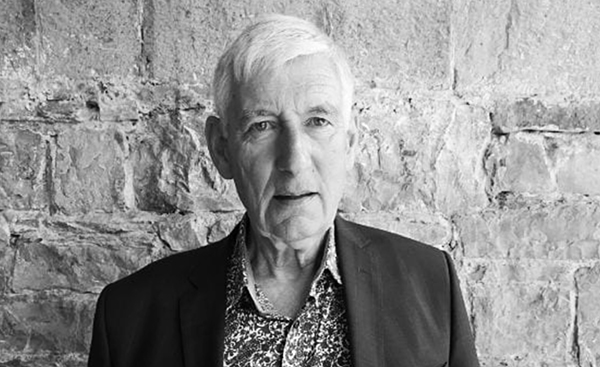 Dr J. Patrick Greene OBE, FSA will join EPIC The Irish Emigration Museum as its new Museum Director and CEO in September 2019. Dr Greene comes to EPIC with extensive experience in the museum, cultural heritage and tourism sectors in Australia, Europe and the UK. A published author, keynote speaker, archival researcher and archaeologist, Dr Greene is internationally recognised as a visionary leader.

Neville Isdell, Founder of EPIC, says: “I’m delighted that Patrick will be taking on this new role. Under his leadership, the work EPIC does for its visitors, for the Irish diaspora and with the Irish State Departments will undoubtedly grow in significance. His broad knowledge of the museum world, his commitment to community involvement and his leadership abilities – not to mention his warmth and energy – make him the perfectly well-rounded director to lead EPIC into its next exciting chapter serving the museum’s visitors and the Irish community both at home and abroad.

I would like to applaud Mervyn Greene and his team for the very strong foundations they have put in place since we opened in 2016, which led to EPIC being awarded Europe’s Leading Visitor Attraction 2019 at the recent World Travel Awards. Mervyn Greene will continue to work as Managing Director of CHQ and focus on our significant development plans for the building.”

“I am honoured to lead EPIC The Irish Emigration Museum at a defining moment in the life of this exceptional and young institution,” Dr Greene said. “I look forward to building on the solid foundation established by my predecessor, working with the museum’s talented team, the Dublin community and the diaspora at large to continue to champion the story of emigration, and chart the path to deeper, more meaningful audience engagement. We will work together to realise fully EPIC’s mission and to continue the exceptional growth in visitor numbers.”

Patrick directed the development of the Museum of Science and Industry in Manchester, where he spent 19 years as the Director. He was appointed Chief Executive Officer of Museums Victoria in Australia in August 2002. Under his leadership Museums Victoria became the largest and most-visited encyclopedic museum organisation in Australia, comprising the Melbourne Museum, Scienceworks Museum (incorporating the Melbourne Planetarium), the Immigration Museum, the World Heritage listed Royal Exhibition Building,the Bunjilaka Aboriginal Cultural Centre and IMAX Melbourne cinema.

Patrick led the organisation and developed the concept of the networked museum that broke down barriers and encouraged teamwork. Melbourne Museum was declared the best major tourist attraction in the 2012 Australian Tourism Awards. He stepped aside from his role at Museums Victoria in February 2017 in his fifteenth year in the role.

Currently, Patrick works as a consultant in the fields of cultural heritage and tourism.  He has published numerous papers on archaeological, cultural heritage and management topics. Dr Greene is a former Chair of the Council of Australasian Museum Directors and is currently Chair of the Australian National Cultural Heritage Committee and the Atlas of Living Australia Advisory Board. He is a past President of the Museums Association (UK) and past Chairman of the European Museum Forum. Before moving to Australia, he was Chair of the Expert Panel (museums, libraries and archives) of the Heritage Lottery Fund. Patrick is a Fellow of the Museums Association (UK), the Society of Antiquaries of London and of the Tourism Society.

Dr Greene, whose father emigrated from Co Clare before World War II, will be moving to Ireland with his wife and son and will formally start with EPIC The Irish Emigration Museum from September 1, 2019.