You are here: Home » Articles filed under: 'News' » Article: 'Patrick Greene & The Power of a Name'

Patrick Greene & The Power of a Name 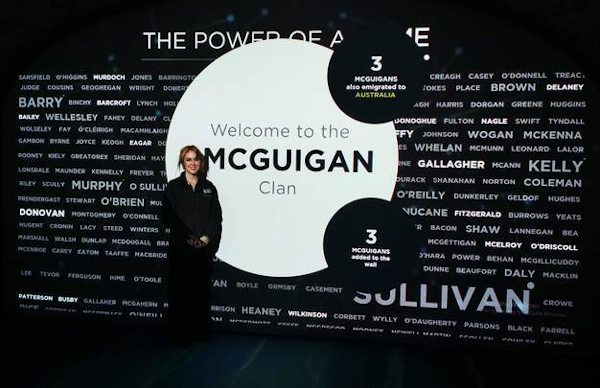 Ella Roberts part of the Visitor Experience Team at EPIC The Irish Emigration Museum discovered the power of her Irish name at the new exhibition, Power of a Name.

Honor your Irish Ancestor and bring their name back home to Ireland, Irish Central, 7 October 2019

What is the power of an Irish name? The new exhibition at EPIC The Irish Emigration Museum invites those of Irish descent from around the world to honor their Irish ancestors and bring their names back home.

Every emigrant who left Ireland’s shores took one very important thing with them, something that gave them their strength, their identity, their power to change the world and something that they would pass on to future generations – their name.

The Power of a Name, a new exhibition at EPIC The Irish Emigration Museum, in Dublin, invites people visiting from around the globe to add their Irish ancestor’s names to the museum. By adding the names of people who moved from Ireland, EPIC is giving the millions of people of Irish descent an opportunity to reconnect their ancestor’s name with their homeland.

If you can’t make it to the museum you can also add your ancestor’s name on the EPIC website, at www.epicchq.com/names.

The new exhibition showed just how much power it has when Ella Roberts, a member of the EPIC Visitor Experience Team, entered her ancestors’ name in the new Power of a Name exhibition.

McGuigan was sentenced to imprisonment and sent to the penal colonies of Australia in 1791. He was transported on the ship Britannia, part of the Third Fleet, which arrived in Sydney Cove in October 1791. He was sentenced for being a rebel insurgent masquerading as an Irish dance master, apparently.

Amazingly, over 200 years later McGuigan’s great-great-great-great-great granddaughter wound up in Dublin, working at EPIC. Now this Irishman exiled to the penal colonies is part of the newest exhibition in EPIC The Irish Emigration Museum. He has been brought back home. 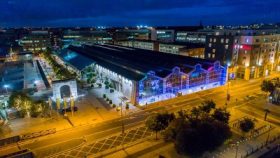 The stunning building that’s home to EPIC The Irish Emigration Musem in the heart of Dublin’s Docklands.

EPIC The Irish Emigration Museum, in the heart of Dublin’s Docklands, takes its visitors on a journey through Irish history and examines the Irish people’s impact on the world. Tens of thousands of people have visited EPIC over the past three years, making it one of the city’s most popular visitor attractions. It was recently voted Europe’s Leading Tourist Attraction and, as IrishCentral has called it, is “one of Ireland’s National Treasures”. Visitors of Irish descent regularly comment that it deepens their understanding of the story of Irish emigration and makes them feel even prouder of their heritage and culture.

“Every person who left Ireland is part of our emigration history,” says Patrick Greene, CEO and Museum Director of EPIC The Irish Emigration Museum.

EPIC The Irish Emigration Museum’s latest exhibition, Power of a Name, opened on Oct 1, 2019, and is located in the Connections Gallery.  If you can’t make it to Dublin’s Docklands you can also add your ancestor’s name by using the EPIC website, at www.epicchq.com/names.

To learn more and book your tickets to EPIC The Irish Emigration Museum visit www.epicchq.com.