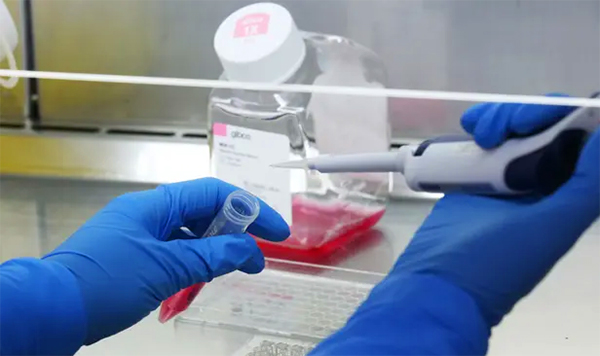 ‘Why would you want to fund the nagging voice of science? No need to shoot the messenger when you can simply starve them to death.’ Photograph: David Crosling/AAP.

Paul Willis, The Coalition wants to turn scientists into lapdogs – and muzzle climate research in the process, The Guardian, 25 February 2020

Political interference in scientific research has been weaponised during the past decade, and we are all suffering the consequences.

Policies matter. Good policies lead to good outcomes, while bad policies can lead to disaster. But what about where there is no policy, or a policy that is incohesive and incomplete? We only need to look at the state of science research policy in Australia to find out.

The most obvious and destructive manifestation of this political interference on the nation’s scientific research effort is the lack of a comprehensive science policy. It can be argued that some consequences of this meddling in the research effort have been this summer’s bushfire emergency and the widespread environmental destruction, mostly initiated via climate change.

The scientific community and the whole of rational Australia were stunned by the decision of the Abbott government not to appoint a minister for science in 2013. This was coincident with the defunding of research into climate change and the environment. There was no science policy put forward by the Abbott government.

The Turnbull government did go some way to redress this lack of policy through the national innovation and science agenda in 2015, which promised to set “a focus on science, research and innovation as long-term drivers of economic prosperity, jobs and growth”. What they came up with was Australia’s national science statement in 2017 which, in turn, gave Australia a grab bag of science policies, programs and projects. This is the closest the Coalition government has come to providing a science policy.

But this is not a science policy in either scope or execution. It’s a political agenda favouring a few scientific research programs that resonate with the government’s economic agenda. There is a strong emphasis on projects that may provide an economic return in the near future and there is no scope for funding research into areas that the government does not favour. This political agenda has been carefully crafted to make it look like the government is supporting scientific research, while in reality it neither understands what science has to offer or has the desire to fund any more research than it has to.

The centrepiece of the current government’s science agenda is its statement on science, technology, engineering and mathematics (Stem). It is quite clear that this agenda is closely linked to economic outcomes and returns. This reduces the Australian scientific research effort to a cookie jar of favoured projects that can make a financial return for the canny investor. It turns Australia’s scientists into the lapdogs of industry.

Perhaps the saddest part of this political game is that the favoured issues and projects do genuinely deserve support and funding but they have been turned into sock-puppets aimed at distracting public attention from areas of research that have been excluded from such support. Issues such as advancing women in Stem and research into emerging technologies such as nanotechnology, robotics, quantum computing and space industries are all worthy of public money, but so too are issues of climate and environmental research.

Not that Coalition governments are all that interested in research anyway. In 2018 research funding for Australian universities was cut to the lowest levels in 40 years. In that year our research effort plunged well below the OECD average. A minor bounce in the 2019 budget for research funding has not redressed this loss. If we are to judge this government by its actions, it is not interested in research and never has been.

It is not hard to see why the current and former Coalition governments want to play favourites with scientific research. There has been a consistent theme of climate denial and environmental inaction from the federal government since 2013. All the while there has been a clarion call for action on climate and environmental issues led by scientists working in those areas. Seemingly immune to facts and reason (one Coalition MP recently vowed not to let his opinions be informed by evidence), why would you want to fund the nagging voice of science? No need to shoot the messenger when you can simply starve them to death.

So what have been the consequences of this lack of a proper science policy for Australia? The weakened voice of our climate and environmental research scientists has been easier to ignore. With minimal monitoring and reporting on the environment and next to no effective research into the effects of climate change in Australia, the early troubling signs of the unfolding catastrophes were largely unobserved and unreported. We drifted into the unprecedented drought, the drying of the Murray-Darling, the catastrophic bushfires and the ferocious flooding events, untroubled by any warnings from a research community that had been effectively silenced.

A wise government would have a broad-based science policy backed up by funding support that is at least on par with the world average. Since we have neither of these, we can only question the wisdom of the current federal government.

• Associate Professor Paul Willis is adjunct in palaeontology at Flinders University. Former director of the Royal Institution of Australia and long-time science presenter with the ABC