You are here: Home » Articles filed under: 'News' » Article: 'Peak cultural infrastructure? … not yet,'

Peak cultural infrastructure? … not yet, 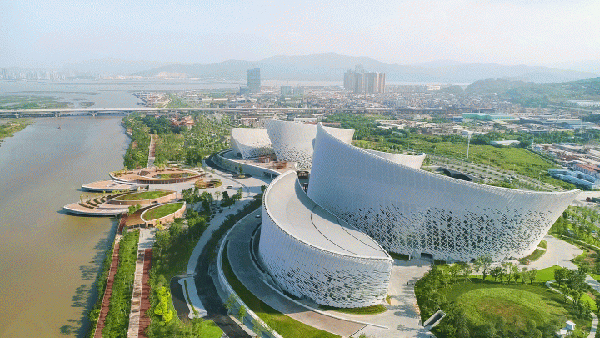 North America leads in the number of newly completed or announced art museums and other cultural projects, but Asia is catching up with the world’s costliest constructions.

Culture is not dead. At least not according to the astronomical figures outlined in the third annual Cultural Infrastructure Index, a report that charts investments in new art museums and cultural institutions worldwide. In 2018, a total of $8 billion was spent on the construction of 148 new museums and cultural institutions across the globe, the report says. North America leads the list of announced or completed projects, but China hosts the most expensive projects. In other news, Europe has cut back on their investments, while New Zealand and Australia have shown an increase in new projects.

The report, assembled and published by the global consulting firm AEA Consulting, focuses on projects with a budget of $10 million or more that were publicly announced or completed within a calendar year. Those include museums, performing arts centers, and cultural hubs or districts. The report tracks investments in new buildings, renovations, and expansions.

The new figures mark a drop from the $9.9 billion spent projects in 2017 (107 in number), a change the report attributes to the construction of the costly Louvre Abu Dhabi that year. “We have been looking for indicators that suggest peak cultural infrastructure investment has been reached, but the announced trend line seems remarkably constant over the past three years and the number of completed projects has increased each year over the same period,” AEA Consulting writes in the report.

Asia On the Rise

The value of completed projects in Asia has risen from $1.5 billion to $2.1 billion. The value of announced projects has more than tripled to $3.2 billion from $1.0 billion in 2017. The top three most expensive completed projects in 2018 were all in China: the Tai Kwun Centre for Heritage and Arts in Hong Kong ($485.0 million); the Strait Culture and Art Centre in Fuzhou ($463.0 million); and the Guangxi Culture and Art Centre in Nanning ($427.0 million). The world’s most expensive announced project is also in China — Valley XL in Beijing which will cost a whopping $2.8 billion. 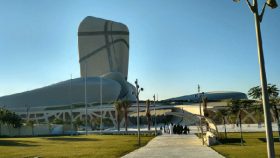 North America continues to lead by the number of projects (58 completed, 51 announced) as it did the past two years, the report shows. Europe takes the second place (44 completed, 34 announced), and Asia the third (26 completed, 14 announced). But the ranking is significantly different when measured by the volume of investment, where Asia takes first place for announced projects. That figure suggests a longer-term shift in investment patterns in favor of Asia, the report predicts. In Europe, the costs of finished buildings is down to $1.7 billion in 2018 from $3.6 billion the year before. Developers of announced projects have pledged only $2.1 billion compared to $3.3 billion in 2017.

Surge in Australia and New Zealand

AEA Consulting acknowledges that its Index is not exhaustive, saying it is intended to provide a “broad snapshot” of global cultural infrastructure investment. But the big picture shows that museums remain by far the most dominant building type, by number and budget, accounting for a little over half of the total number of newly constructed cultural institutions.