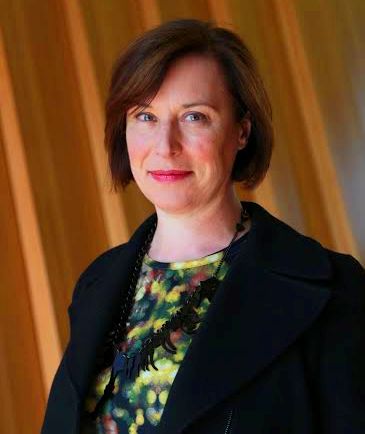 Janet Carding, Director of the Tasmanian Museum and Art Gallery.

The Tasmanian Museum and Art Gallery (TMAG) is the second-oldest museum in Australia, its origins dating back to the mid-19th century. It is home to nearly 800,000 objects as diverse as fossils and fine art which make up the State Collections of Tasmania. Janet Carding, Director of the Tasmanian Museum and Art Gallery, spoke to Blooloop about her career, her new role, projects of particular significance, and the impact of technology on a modern museum.

Carding’s first role in museums came about when she graduated from Cambridge University, where she had studied first sciences, and then the history and philosophy of science.

After graduation she saw an advertisement for a junior curatorial role at the Science Museum in South Kensington in London, applied for the job and was accepted, beginning her museum career.

“I can’t say it was … a longstanding ambition. It was more that if you’ve got a degree in the history and philosophy of science and a job comes up at the major national museum that looks at the history of science, then that’s a match made in heaven.”

Then, in the mid 1990s, she became one of the leading members of the project team that developed the Wellcome Wing, an extension of the Science Museum which opened after five years in the year 2000.

“That was a major opportunity for me,” she says.

Next, she did a brief exchange to the Museum of Science in Boston, before returning to work at a more strategic level.

By this point she was a member of the senior management team for all three museums, and felt she needed to broaden her experience if she was to continue in museums, something she was now determined to do.