You are here: Home » Articles filed under: 'News' » Article: 'Philanthropy at universities' 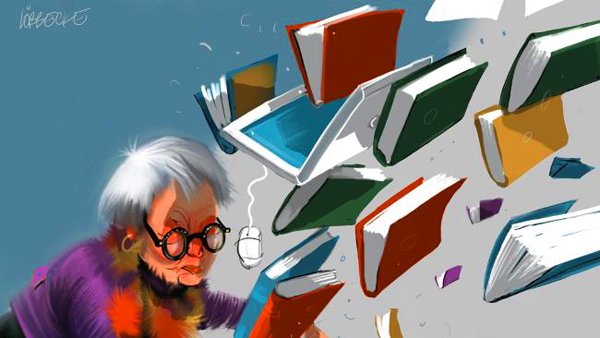 Tim Dolan, Philanthropy is the gift that just keeps on giving to so many, The Australian, 21 June 2017

Many people have burned considerable calories trying to ­untangle the world of Australian philanthropy. Projections on ­future giving are strong and growth in the sector shows no signs of slowing. At the University of Sydney, donors have parted with more than $765 million during our Inspired campaign, the country’s largest and most successful fundraising effort to date.

To many, however, the demographics and nuance behind these extraordinary sums raise the question: who are the people ­giving away millions and what is their mindset?

I moved to Sydney eight years ago from Los Angeles, one of the more active philanthropic communities in the US. At every turn in those early years I was told that wealthy Australians were not as charitable as their American counterparts. And while this may have been true technically — American philanthropy consistently has outpaced per capita giving in Australia — it was evident this had more to do with inept fundraising than tight-fisted benefactors. Aussie donors have been extraordinarily generous at Sydney, almost quadrupling their support during the past eight years.

What surprises many is where this money comes from. Almost a half-billion dollars of our present campaign has been contributed by supporters who live in postcodes not traditionally associated with high net worth. Most donors are comfortable with being identified but still prefer to keep a low public profile. And almost all have one quality in common: they are uniformly interested in solving society’s biggest problems. Whether it is curing metabolic disease or ending malaria in the Sudan, using stem cells to prevent heart attacks or fighting the scourge of human trafficking, today’s philanthropy is about ­delivering tangible outcomes that will change the world in which we live.

Philosopher Lewis Mumford once observed that traditionalists are pessimists about the future and optimists about the past. By contrast, the forward-looking ­positivity and optimism of our big ­donors would delight Mumford. With these greater sums come heightened expectations on transparency and accountability.

National giving trends suggest that more Australians are donating at record levels, but it is also true that a relatively small number of affluent supporters account for most of the dollars raised in higher education.

They are entrepreneurs and business owners, the quiet millionaires next door, unassuming, generally over 65, women and men who get more satisfaction setting up equity scholarships than yachting on the Cote d’Azur.

Many of our donors give ­multiple times across decades. This year alone more than 100 of our ­supporters are in their 30th year of donating to the university and their motivation to give is often sparked by deeply personal experiences.

They are men such as John Hooke, former chief executive of Amalgamated Wireless Australasia, who endowed a chair in nanoscience, one of the exciting, emerging areas of interdisciplinary research. Scientists from a range of disciplines are grappling to rewrite the rules of physics. Hooke’s passion for science and new discoveries is something he learned from his­ ­father, Lionel Hooke, who brought the first radio and television to Australia. It was Lionel Hooke’s morse code messages that saved Ernest Shackleton’s 1914 South Pole expedition after it ­became trapped in deadly pack ice for eight months.

And they are donors such as Barbara (not her real name), who lived well below her means to provide bursaries to disadvantaged students from regional NSW. Not long ago I asked Bar­bara, 76, what led to her philanthropy, and she recalled something her father told her. “He was a tough farmer who regretted not going to school and he used to tell us kids that getting a formal education was like wearing sunscreen in February: to see the real benefits, look at those who go without.

“It’s kind of strange. I’m much older now than he ever was, but when I see our scholarship recipients graduating, I look up across that stage and, for a brief moment, my father is alive again.”

Tim Dolan is vice-principal (advancement) at the University of Sydney.