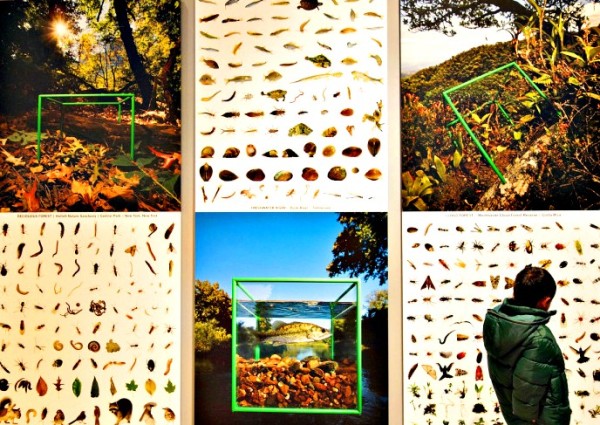 WASHINGTON, DC — Much of science is observation, being attuned to what others overlook. With just a green frame box, measuring one-by-one-by-one foot, Smithsonian scientist and photographer David Liittschwager traveled the world to document microcosms of biodiversity. Life in One Cubic Foot at the Smithsonian Institution National Museum of Natural History joins his collaged photographic portraits of life seen in the biocubes over 24 hours, as well as documentation encouraging citizen scientists to use the cube approach to discover nature in their own communities.

One cubic foot might not seem like a lot, but much of the life on our planet is tiny, including its insects, crustaceans, arachnids, and plants. Liittschwager previously published his photographs in 2012’s A World in One Cubic Foot: Portraits of Biodiversity from the University of Chicago Press.

With a team of researchers, and support from National Geographic, he photographed creatures great and small in the trees of the Cloud Forest of Costa Rica, in the leafy woods of Hallett Nature Sanctuary in Central Park, submerged in Tennessee’s Duck River, in the coral reef of Moorea, French Polynesia, beneath the waves near the Golden Gate Bridge in San Francisco, and in the shrubland of South Africa.