You are here: Home » Articles filed under: 'News' » Article: 'Picture that bird!' 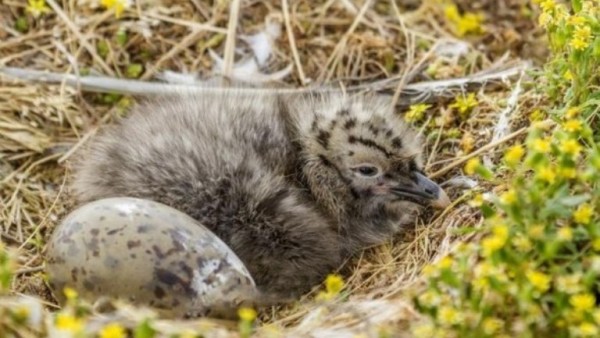 The 8000th image was loaded by Southland-based photographer Glenda Rees, and was of a southern black-backed gull nest photographed at Awarua Bay in January this year. Glenda has contributed 169 images to the website, including the master images for southern brown kiwi, swamp harrier, bar-tailed godwit, ruddy turnstone, black stilt, fairy tern, yellowhead and brown creeper. She was also the first photographer featured in our ‘meet the photographers’ blog series in late 2013.

There have been some wonderful images loaded on the website in the last couple of days, including new master images for southern brown kiwi (by Glenda Rees), buff-breasted sandpiper (by Ian Southey), and pomarine skua (by Les Feasey).

Thank you to all of our photographers for their ongoing support, and for continuing to load or send in their images. The image archive is one of the real strengths of New Zealand Birds Online, and it is fantastic to see the archive continuing to grow in quality and diversity, as well as the impressive quantity.