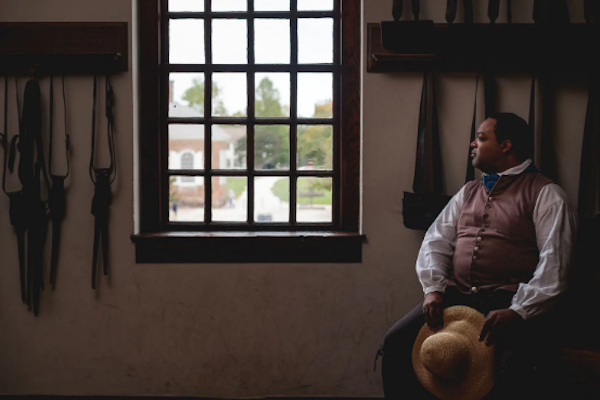 Hannah Knowles, As plantations talk more honestly about slavery, some visitors are pushing back, The Washington Post, 8 September 2019

For more than 50 years The Thomas Jefferson Foundation has been working to incorporate the story on the enslaved community on Jefferson’s plantation. (Ashleigh Joplin/The Washington Post) – see video here.

CHARLOTTESVILLE — A Monticello tour guide was explaining earlier this summer how enslaved people built, planted and tended a terrace of vegetables at Thomas Jefferson’s estate when a woman interrupted to share her annoyance.

“Why are you talking about that?” she demanded, according to Gary Sandling, vice president of Monticello’s visitor programs and services. “You should be talking about the plants.”

At Monticello, George Washington’s Mount Vernon and other plantations across the South, an effort is underway to deal more honestly with the brutal institution that the Founding Fathers relied on to build their homes and their wealth: slavery.

Four hundred years after the first enslaved Africans arrived in the English colony of Virginia, some sites are also connecting that ugly past to modern-day racism and inequality.

The changes have begun to draw people long alienated by the sites’ whitewashing of the past and to satisfy what staff call a hunger for real history, as plantations add slavery-focused tours, rebuild cabins and reconstruct the lives of the enslaved with help from their descendants. But some visitors, who remain overwhelmingly white, are pushing back, and the very mention of slavery and its impacts on the United States can bring accusations of playing politics.

“We’re at a very polarized, partisan political moment in our country, and not surprisingly, when we are in those moments, history becomes equally polarized,” Sandling said.

The backlash is reflected in some online reviews of plantations, including McLeod in Charleston, S.C., where one visitor complained earlier this summer that she “didn’t come to hear a lecture on how the white people treated slaves.”

The review sparked shock as it made rounds on the Internet. But stories of guests’ discomfort are familiar to many on the front lines at historical sites steeped in slavery: the tour guides, reenactors and other staff with an up-close view of how Americans think and talk about a shameful past. 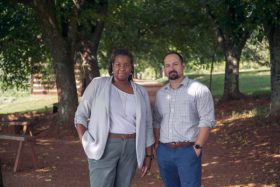 Niya Bates is Monticello’s director of African American history, and Brandon Dillard is its manager of special programs. (Will Dillon for the Thomas Jefferson Foundation at Monticello).

There was a time when visitors “would not have heard the word ‘slave’ in this house,” David Ronka said early on in a 105-minute dive into the lives of the best-known enslaved family at Monticello, the Hemingses.

Visitors might have heard references to “Mr. Jefferson’s people,” said the veteran guide. Or maybe “the souls of his family,” a phrase from the author of the Declaration of Independence who owned more than 600 enslaved people over his lifetime.

Now, Monticello’s guides, called “interpreters,” tell their nearly half a million visitors a year about “enslaved people.” “Slave” is a noun, Ronka said as other tour groups’ footsteps shuffled overhead. “Enslaved” is a condition, he added: a way to talk about people defined by more than their bondage.

“We’ve been waiting, you know, for this story, for this amount of truth about the past,” said Niya Bates, Monticello’s director of African American history.

The truth came gradually, starting in the 1990s with an effort to gather oral histories and a tour on slavery. Last year, Monticello opened a room once home to Sally Hemings amid growing evidence that Jefferson fathered her children. Interpreters talk about what Ronka calls the “central irony” of the nation’s third president, who said he hated slavery, at some points advocating against it, but freed just seven of the hundreds of men and women he owned.