You are here: Home » Articles filed under: 'News' » Article: 'Playing in the museum sandpit'

Playing in the museum sandpit 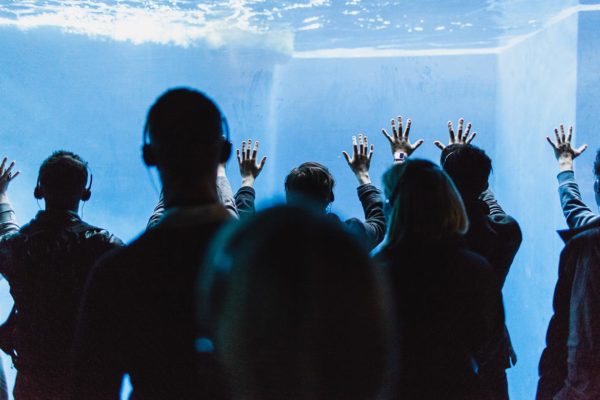 Playing in the museum sandpit, Centre for the Future of Museums, 20 September 2016

Readers of CFM’s TrendsWatch reports and followers of this Blog will know of my fascination with the emerging business model of museums running co-working spaces. It’s such a genius use of museum resources (staff expertise, visitors, inspiring space, the general aura of “cool”) to leverage earned and philanthropic income. Earlier this year Katrina Sedgwick, director of the Australian Centre for the Moving Image, contributed a guest post about ACMI X, her museum’s venture into coworking. So when I stumbled across a particularly interesting immersive VR theatre project this summer, I was delighted (though unsurprised) to find it was created by an ACMI X member. Katrina put me in touch with Sandpit, the studio that created the project, and I invited them to tell us about coworking in a museum from the point of view of a tenant.

My name is Dan Koerner and I’m a creative director of Sandpit, a digital studio based in both Adelaide and Melbourne, Australia. Sandpit is slightly unusual in the work we produce in that we predominantly make things where the physical world meets the digital. Some examples from the last couple of years: an interactive after-hours audio tour of Melbourne Zoo, a web-connected phone booth for sharing stories at Penguin Books and an answering machine service for artists in Reykjavík, Iceland. Increasingly, we’re working on a wide range of exhibits for museums.

Screens often take a backseat in the work we produce as we focus on allowing users to use their eyes, ears and hands in the real world, augmented by Sandpit’s technologies. For that reason, it was interesting when, in October last year, we were approached by Katrina Sedgwick,  the CEO for the Australian Centre for the Moving Image. Katrina invited us into  ACMI X, a new co-working space for artists, freelancers and organisations working in and around the moving image in Melbourne. ACMI X was to be a purpose-built space, embedded within the museum. The idea of the space was to foster a creative culture that champions collaboration, innovation and sustainability for individuals, collectives and businesses working with the moving image.

There are so many obvious benefits to this scenario that it’s almost strange to think of it as innovative. Why haven’t institutions been doing this forever?  As tenants we have relaxed, fairly unstructured access to the museum and its staff. A monster truck-scale coffee machine in a beautifully designed and cavernous kitchen and social space encourages casual conversations. The interiors, designed by Melbourne legends Six Degrees, give smaller organisations and freelancers the kind of aesthetic clout they wouldn’t have access to on their own. This stuff might sound trivial – but it helps you impress fancy client.