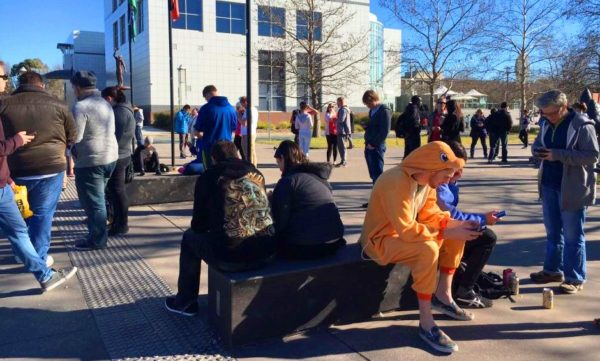 If you’ve visited a museum in the last few days and spotted larger-than-average groups of people wandering around and looking a tad lost, their eyes glued to their phones, you were likely witnessing the phenomenon of Pokémon Go. Since the game’s launch last week, many museums have actually witnessed increased foot traffic as players have swarmed to them in hopes of catching some Pokémon, as the institutions are integrated with the game.

For those unfamiliar with Pokémon Go (have you been living underneath a Geodude?), a brief primer: in what is now the most downloaded smartphone app in the US, with its daily active users expected to surpass Twitter’s, users roam the real world to discover and virtually catch Pokémon. It’s a location-based, augmented reality game, and like it or not, it’s now infiltrated a cultural spot near you. Besides being filled with Pokémon, many of these places house “gyms,” where you train Pokémon, and Pokéstops — areas, marked by blue pins on the virtual map, where you may find free supplies, from Pokéballs to potions.

It turns out that a huge number of Pokéstops, as described in the game’s release, are museums, historic buildings and markers, and even public artworks. At the Metropolitan Museum of Art, for instance, Jean-Baptiste Carpeaux’s “Ugolino and His Sons” is a Pokéstop — although it is labeled in the interface simply as “Dante’s Inferno.” Meanwhile, Pikachu seems to be drawn to the electricity of a Dan Flavin at Crystal Bridges Museum of American Art, and Charmander’s been spotted hanging around the British Museum’s Parthenon Marbles galleries as well as Boston’s Museum of Fine Arts. Also, the Art Institute of Chicago is lit, featuring a whopping 14 Pokéstops.