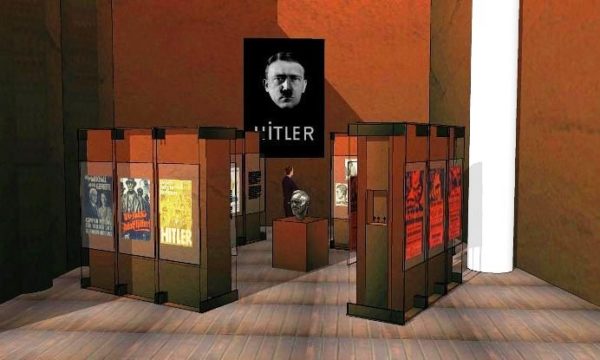 Past to the future: An impression of how the £72m museum in Gdansk will look. Source: The Guardian. Photo: Publicity Image.

A £72m prestige cultural project is caught in the crossfire between ‘xenophobic’ politicians and historians.

A spectacular new museum of the second world war is at the centre of an extraordinary row between international academics and Poland’s political leadership, amid claims that the country’s ruling Law and Justice party is putting history at the service of politics.

Due to open in December in the northern city of Gdańsk, the museum is billed as one of Europe’s prestige cultural projects for 2016. It comprises 13 storeys – six of them underground – and has been built at a cost of £72m. Dozens of countries across Europe and beyond have donated artefacts, including a Sherman tank and a Soviet T34 tank.

The British historian Norman Davies, who is revered in Poland for his many books about the country, has been closely associated with the project for eight years and heads its high-ranking international advisory board. He told the Observer that attempts by the Law and Justice government to hijack the museum are “Bolshevik’’ in style and “paranoid’’. He said: “The Law and Justice government does not want a bunch of foreign historians to decide what goes on in ‘their’ museum.’’ The Oxford-based academic said one of the driving forces behind government hostility towards the project in its present form was Law and Justice strongman Jarosław Kaczyński, “who runs everything like a personal politburo.’’