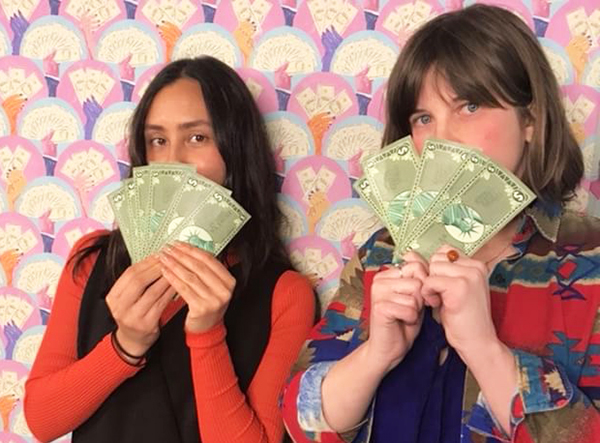 Sarah Cascone, How Much Do Art Professionals Really Make? POWarts Releases the Results of Its Art-World Salary Survey, 20 June 2019

The nonprofit organization POWarts has released the results of its salary survey comparing compensation in the visual arts field.

The Professional Organization for Women in the Arts has released the results of its salary survey comparing compensation levels in the visual arts field at for-profit and nonprofit organizations. More than 2,500 people responded to the survey, providing detailed data about salaries at different ages and experience levels, and for different job titles.

The survey, which was conducted last year, hopes to assist visual arts professionals as they progress in their careers and engage in salary negotiation. It shows earnings levels as compared between nonprofit and for-profit jobs, and organizes data by field for editors, professors, auction specialists, archivists, and different ranks of curators. The survey also collected data about the kinds of health and retirement benefits offered to employees.

“POWarts was founded on the basis of empowering women by giving them access to greater information,” Sara Kay, the organization’s founder and owner of Sara Kay Gallery, told artnet News. “The more information you have as an employee about what standard salaries and benefits are, the more helpful it is. It protects the employee.” 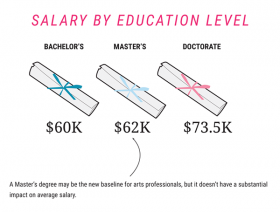 Salaries in the visual arts are not substantially higher with a masters degree. Image courtesy of POWarts.

The salary demographics skewed young, with the largest number of respondents—525—between the ages of 25 and 34. And despite a concerted effort on the part of POWarts to reach out to men, 89.27 percent of the respondents were women.

“I’m a little sad more men didn’t participate,” Kay admitted. “We needed men for this survey, and we need men alongside of us to effect any change.”

The pervasive culture of silence surrounding salaries shaped the results, too. Although the survey was anonymous, 1,019 respondents still declined to share how much money they make. “Money is a very touchy subject,” Kay admitted. But other recent efforts have attempted to lift the veil: a group-sourced Google spreadsheet detailing salary levels at US museums went viral last month.

“These things need to start with a dialogue, whether it’s a survey or a spreadsheet or a conversation,” Kay said.

For more on the survey’s findings, see the graphics.