You are here: Home » Articles filed under: 'News' » Article: 'Power to the people: how arts charities will'

Power to the people: how arts charities will

February 13th, 2020 | Browse other: News. | Tagged with: ‘Rage based’ philanthropy, community activism, data philanthropy, how arts charities will have to change over the next 10 years | 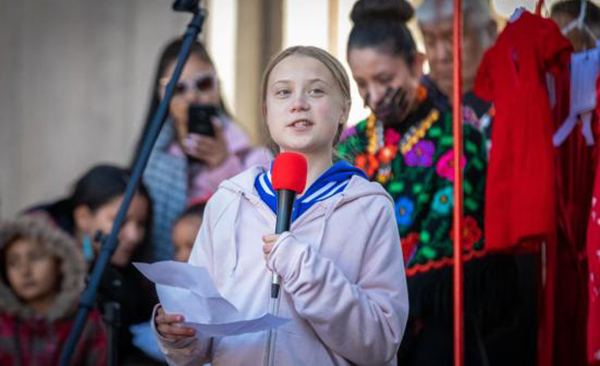 Michelle Wright, Power to the people: how arts charities will have to change over the next 10 years, Arts Professional, February 2020

Arts charities are becoming organisational dinosaurs with models not fit for purpose. Rise to the challenge or face extinction, says Michelle Wright.

Like it or not, this is likely to be the decade where ‘how we do everything’ changes. Radical shifts in how we work and organise, climate catastrophe, political upheaval, instability of markets and volatile regions are all on the cards. Assuming we do make it through all that to 2030, how can arts charities best evolve to meet the challenges of the next decade?

Make way for community activism
Future Agenda’s ‘The Future of Doing Good’ paper outlines that ‘the social sector, like the state, remains too focused on needs and deficits, and not enough on empowering people to create positive change in their own lives’. It puts forward the idea that the 20th-century charity model has reached its limit because the agenda is shaped by Government and the wealthy. The report suggests that the models of the future will be more collaborative, more empowering, more activist: they will seek to develop skills and resources in individuals, seek to promote community life, build social capital and build democratic engagement through community organising.

‘Rage based’ philanthropy
People are getting angry – and getting involved. After President Trump’s 2016 election, many progressive organisations experienced an influx of rapid-fire online donations in so called ‘rage based’ philanthropy. We also saw this more recently in the UK with the surge in donations to homeless charities and food banks after the recent general election. The rise of ‘rage giving’ creates quandaries for the charity sector. It’s effective in the moment but there is a real risk of rage-exhaustion, especially when we are bombarded with bad news. For the arts, this form of philanthropy is usually more challenging to harness, but it can be a way to forge relationships with donors that can continue above and beyond any initial funding emergency or threat.

Collaboration, collaboration, collaboration
Partnerships, cross-sector collaboration and creating shared narratives should be at the heart of any funding agreement, particularly from statutory funders with a responsibility to drive change. A great example of the collaborative model is Amplify, a project run by The Young Foundation which aims to bring local people together to create positive social change. Working in towns in Northern Ireland and Wales, it used a range of ethnographic techniques such as art and storytelling workshops to develop a shared narrative about how these communities would like to look in the future. Actions included a community café as an affordable space for people to meet and a town festival to bring people together from different backgrounds.

Embrace data philanthropy
Data philanthropy describes a new form of partnership in which private sector companies share data for public benefit and/or social purposes, such as improving healthcare or our ability to respond to disasters. We are already seeing it appearing in our sector via corporate philanthropy: anonymised store card data, for example, may give early predictions of certain diseases to UN and NGO initiatives. By 2030, we are likely to see arts charities looking to fund business strategies that require them to compete for the services of world-class data analysts. Hopefully, by then, we’ll have the privacy/human rights side of data protection sorted out, as well as the predictive software.

Charities will still need to be adept billionaire whisperers
The 21st century has seen an unprecedented rise in the numbers of the ultra-wealthy, with the highest concentration of billionaires per capita, unsurprisingly, in San Francisco – the heart of the tech industry. Many of these tech billionaires are getting actively involved, applying their solutions-based, sometimes disruptive, business models to their philanthropy. Research firm Wealth-X concluded in its 2019 Trends in Ultra-High Net Worth Giving report that young billionaires, i.e. those under 45 with net worth above $30bn, want to know exactly how their money will be used and what impact it will have.

New banking models = new giving behaviours
Opportunities to engage with potential donors at their financial ‘source’ will only increase over the next ten years. Online, disruptive tech ‘challenger banks’ from Monzo to Revolut all boast a majority of customers under 30. With better access to data/analytics than traditional banks, these new banks on the virtual block offer their customers a range of ways to contribute to their favoured causes. Monzo, for example, has 13 categories for budget setting, including a ‘give to charity’ code. It will be interesting to see how behavioural nudges, such as being encouraged to set a budget for how much you give to charity a month, will encourage charitable giving amongst younger people.

Environment is everything
The climate emergency and how charities engage with the issue will increasingly come to dominate the discourse of the 2020s. Undoubtedly, this widespread shift in public opinion is already emerging, as can be seen in the successful protests against fossil fuel companies funding public art spaces, like the BP ‘die ins’ at the British Museum. Consumers, beneficiaries and audiences will increasingly view the sustainability and eco-credentials of a charity as key factors in their decision to support a cause. This will have a knock-on effect on the way in which we fundraise and how we relate to charitable giving.

Levelling up working conditions
By 2030, we will have experienced an increase in automated jobs, a transformed labour market increasingly focused on services, a skills crisis and (hopefully) new legal protections for the gig economy. The charity sector has been very slow to adapt to even the most benign changes in how work is organised. While the private sector has rapidly adopted new modes of operating, from co-working spaces to flexible working, many charities still operate in large, uneconomic buildings with poor infrastructure and technology. This has to change.

Change the rules on measuring success
We need to stop measuring CEOs on financial outputs or growth for its own sake and think about relevance. As they mature, arts charities are becoming organisational dinosaurs with models not fit for purpose – we need flexible, agile, fluid structures that embrace and adopt more flexibility in working areas and funding models that support them. We need space for CEOs to consider how disruptive technologies will affect them and to back the winners in ways of giving, while responding to a competitive climate through better partnership and collaboration.

The desire to help and make change in the world will endure into 2030 but the model for arts organisations needs urgent adaptation to be fit for purpose. It seems highly likely that creative outlets, community network building and something to take our minds off the weather will all be needed in 2030. We’ll most likely all be activists of some sort by then. Times are changing. Best we get ourselves shipshape sooner rather than later.

This article is part of a series on the theme Fundraising for the Future, contributed by Arts Fundraising & Philanthropy.