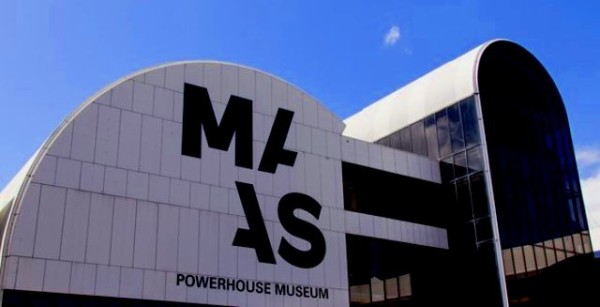 Community group Friends of Ultimo collected the 10,000 signatures needed to get the issue onto the floor of parliament last Thursday.

The plans to relocate the museum has long been criticised by local community groups as a move by the government to sell inner-city land to developers.

The petition is set to be tabled in state Parliament by Independent Member for Sydney, Alex Greenwich.

Mr Greenwich told City Hub that he did not mind having the museum’s collection “shared across the state,” but said that the museum building itself was important to local residents as well as the local business community.

“Residents are also concerned that moving the Powerhouse from that site could mean the site could be redeveloped, meaning that that could add further congestion to the area. This area is already the most densely populated part of the country.”

“The Powerhouse is an important destination for Ultimo. It fits in with the science and technology hub that Ultimo is meant to be.”

The Save the Powerhouse Facebook page said that notion of moving the museum west was a “cover story Baird, the Liberals and their developer mates want us to eat up”.

“Presently, the historic Ultimo museum sits midway between a corridor of urban developments taking place in Sydney, from Central Park to the Sydney Convention Centre and the Darling Quarter renewal,” the page said.

“Both sites feature a massive expansion of high rise apartments, and if the Powerhouse Museum site is sold, it will inevitably be swallowed up by the great Sydney land grab taking place by developers.”

“The real issues at play are political. That is, the existing cultural and technological museum is to be relocated so that the Liberals may score some political points in the Sydney’s West.”

Convenor of the Ultimo Pyrmont Education Campaign Committee, Mary Mortimer, said there should be a museum built in western Sydney, but that she was opposed to the sell-off of the Powerhouse Museum in Ultimo.

“The collection relates to the history of the local area, particularly at Ultimo and Pyrmont, and if they go to the western suburbs it will mean absolutely nothing to the people living in the western suburbs, but they’re a vital part of our local history.”

Ms Mortimer said that the relocation of the Powerhouse Museum would be a great loss to the inner city children, who had few open spaces to play in, as well as to schoolchildren visiting from across the state.

“Schoolchildren coming to visit from regional areas come to the Powerhouse and the Maritime Museums, and it gives them a good overview of the maritime and industrial history of the area. If the Powerhouse is sold, that opportunity will be lost, and to take that away from the children of the inner city would be criminal.”

“What the state government must do is build another museum in western Sydney, and carefully select the parts of the collection that are meaningful for that part of Sydney.” she told City Hub.

“Put simply, to sell off the Powerhouse in the inner city is not only depriving the inner city of that important resource, but it’s also going to be largely meaningless to the people to whom it is being moved.”