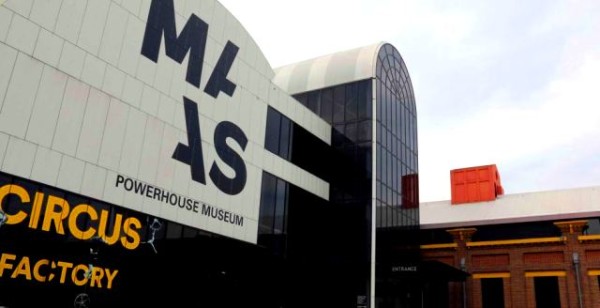 The Baird government’s intention to sell the existing Powerhouse Museum site in Ultimo to developers is economic and cultural vandalism on an unprecedented scale. No modern day global city in living memory has bulldozed a museum in the historic heart of the city in order to relocate its cultural collection to the sprawling suburbs. Indeed very few civic leaders would be brazen enough to demolish a one hundred year old heritage building less than thirty years after it was painstakingly adapted to house a cultural institution – in order to make way for an apartment complex.

The mathematics of the proposed Powerhouse deal defy logic.  The Baird government projects that it will make $200 million dollars selling the existing site, located on prime real estate at the southern end of the Darling Harbour entertainment precinct, which is currently being redeveloped. No one seriously believes that a modern day museum can be built anywhere in greater Sydney for $200 million.

World class museums don’t come cheap. In May 2015, the Whitney Museum of American Art opened in New York City for $565 million. Later this year the Smithsonian Museum will open a new Museum of African American History and Culture in Washington DC for $635 million. And in Edmonton Alberta, in a move Macquarie Street might ponder, the government is actually relocating the Royal Alberta Museum from the outer suburbs to the city’s downtown arts district. When it reopens next year in 2017, the new museum will have cost $376 million to construct.

The projected $200 million that would be raised through the sale of prime city real estate to developers would not cover the cost of a new museum. The revenue shortfall will inevitably be picked up by NSW taxpayers, if indeed a new museum is ever actually built.