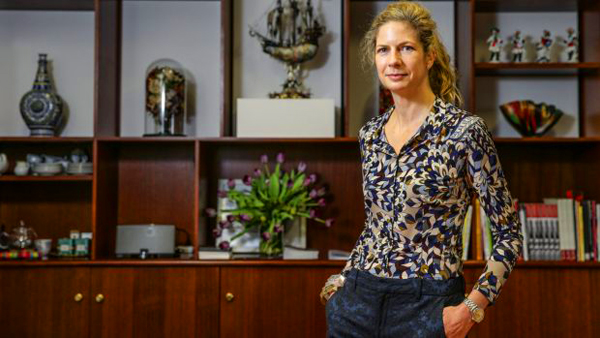 Powerhouse director Dolla Merrillees said a negative campaign against the relocation of the museum had made it more difficult to attract sponsors. Photo: Dallas Kilponen.

The cost of moving the Powerhouse Museum to Parramatta could blow out to almost $2 billion – 10 times the estimated sale price of the museum’s Ultimo site.

Secrecy surrounds the NSW government’s controversial plan for the Powerhouse, but a parliamentary inquiry was told last week that construction of a new museum would cost up to $800 million.cost

Lindsay Sharpe, a former director of the Powerhouse from 1978 to 1988, later told Fairfax Media: “What can safely be said is that there will probably not be much change left from $1.5 billion and it might go as high as $2 billion, in 2024 dollars.”

The cost of relocating the Powerhouse also involves the purchase of land on the Parramatta River, which has been valued at $150 million, and moving the museum’s vast collection, including its priceless Boulton and Watt steam engine.

Opponents of the relocation have long warned that moving the museum, which has more than 500,000 items in its collection, will cost far more than the $150-$200 million value of the Ultimo site.

Mr Sharpe, who opposes the museum move, said inflation and “brand damage” would also contribute to the project’s final cost, which he estimated at almost $2 billion – four times the $450-$500 million price tag suggested to the museum’s board of trustees in 2015.

A spokeswoman for Arts Minister Don Harwin did not dispute the $2 billion price tag to move the museum. “[W]e are carefully considering all aspects of moving the new museum, and negotiations are progressing as expected,” the spokeswoman said

Architects, accountants and consultants called to the inquiry, chaired by Robert Borsak of the Shooters, Fishers and Farmers Party, declined to answer questions about the project, citing secrecy requirements.

At one point, Graham Brooke, a partner at financial firm KPMG, told the inquiry: “I am going to sound a bit like a broken record and a boring old accountant, but the contents of the preliminary business case are, I am advised, Cabinet in Confidence.”

This was despite Mr Borsak’s remarks that information, even about private commercial dealings, could not be withheld from the upper house on the basis of secrecy clauses in statutes and contracts.

“In relation to cabinet confidentiality the Legislative Council’s view … is that the committee is entitled to information or documents except those that disclose the actual deliberations of Cabinet.”

Architect Joe Agius told the inquiry he had carried out work on the basis that the construction of the new museum would cost between $600 million to $800 million.