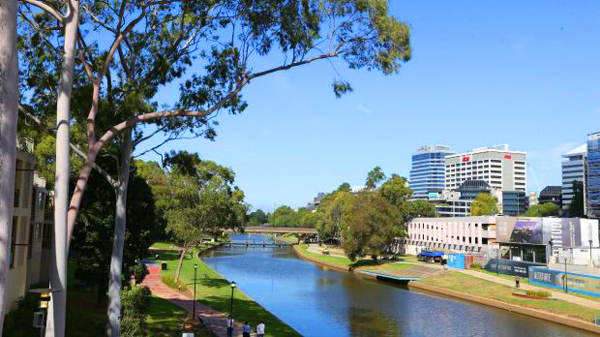 The site of the new Powerhouse Museum in Parramatta. Photo: Louise Kennerley.

The NSW government has confirmed Sydney’s Powerhouse Museum will be relocated to Parramatta, while conceding that the future redevelopment of the current inner city location will “potentially” include residential units.

Ending long-running speculation over the future of the Powerhouse Museum, Premier Gladys Berejiklian announced on Monday a new facility would be built on an old car park site by the Parramatta river, which it will purchase for $140 million from the City of Parramatta council.

“Let me be clear, there will be one Powerhouse Museum in NSW. It will be across the river here [in Parramatta],” Ms Berejiklian said.

Arts Minister Don Harwin said the size and cost of the new facility would depend on the final business case for the redevelopment of the Ultimo site, which will be released later this year.

“I’d like to see something exciting happen at the site at Ultimo. I don’t want it to be just residential units,” she said.

“Our vision is to have some kind of cultural space there in addition to what others developments there might be.”

The announcement follows a substantial community backlash to the plan, initially announced by former premier Mike Baird in 2015, to relocate the museum to Western Sydney and sell off the Ultimo site.

One petition opposing the move collected as many as 10,000 signatures, including one from actress Cate Blanchett and former New South Wales premier Bob Carr, as well as hundreds of community organisations.

Opposition Leader Luke Foley said the government had “divided the community” over its handling of the relocation.

The Museum of Applied Arts and Sciences which operates the Powerhouse Museum, said on Monday it would use its negotiations with the state government to lobby to retain a strong presence at the site.

Under the agreement reached between the state government and Parramatta council, the proceeds of the car park’s sale will be entirely used to establish a local cultural precinct in Parramatta.

The conditions of the agreement will see the council re-invest $100 million into upgrading the nearby Riverside Theatres, while the remaining $40 million will be used to grow the arts community in Parramatta over the next 20 years.

Amanda Chadwick, administrator of the City of Parramatta council, confirmed that future councillors, who will be elected in September, would be duty bound to honour the agreement.

But the decision to commit to the sale of council assets so close to an election was criticised by at least one community group.