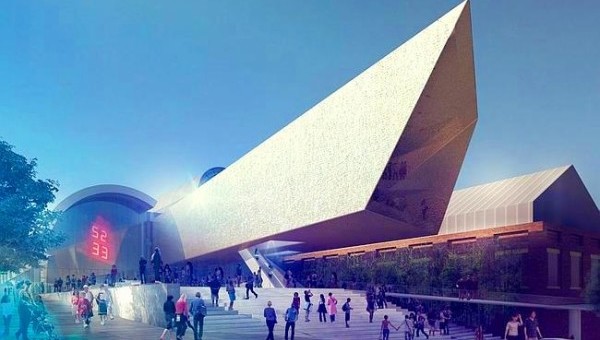 Innovarchi created this new design for the Powerhouse in 2011.

A leading architect whose firm was short-listed to redesign the Powerhouse Museum says the institution’s planned move to Parramatta presents a strong design opportunity.

Hassall principal Ken McBryde said the museum was in need of reinvention and the opportunity to start again in Parramatta would enable designers to ask the question: what might a visitor want?

Mr McBryde was one of two founding directors of the firm Innovarchi when it was short-listed to create a new design for the Powerhouse in 2011.

Although the design was not chosen, he said the competition had highlighted the constraints of the Powerhouse site at Ultimo.

However, an internationally recognised purpose-built museum at Parramatta could draw the public to the venue in new and exciting ways.

“We were excited by the brief at the time and wanted to bring a design of an international standard which engaged visitors and allowed them to wander freely enjoying the space before they paid their admission fee,” Mr McBryde said.