You are here: Home » Articles filed under: 'News' » Article: 'Powerhouse museum to operate' 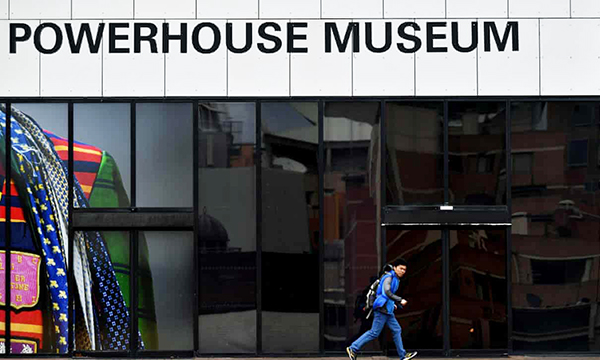 The Powerhouse museum will operate in Ultimo and Parramatta after a backflip by the New South Wales government. Photograph: Joel Carrett/AAP.

The New South Wales government has made a U-turn on its decision to relocate Sydney’s Powerhouse museum, more than five years after the announcement was made.

The industrial science museum in inner-Sydney’s Ultimo will not be closed and moved to Parramatta, but will stay open and operate along with the new Powerhouse facility planned for western Sydney.

The relocation was expected to cost between $420m and $645m, with the staged closure of the Ultimo site due to have begun on 1 July.

A joint statement from the NSW premier, Gladys Berejiklian, and the state’s treasurer, Dominic Perrottet, on Saturday described the new Powerhouse at Parramatta as the “jewel-in-the-crown” for the Museum of Applied Arts and Sciences.

The existing museum at Ultimo would complement the new Parramatta centre, Perrottet said.

“What’s most important is that the destination that we’ve reached is the right decision for the people of our state,” Perrottet told reporters in Ultimo on Saturday. “In a Covid world, we’ve had to look at new ways of doing things.

In February 2015, a month before the NSW election, the then premier, Mike Baird, announced the controversial plans for the Powerhouse move.

But the treasurer pointed to the announcement in May that the state government’s infrastructure pipeline had been increased to $100bn. A statement at the time said the government was “looking at options to support the arts community at Ultimo”.

“We made the decision at that point in time to be open to the future use here in Ultimo,” Perrottet said on Saturday. “Now the government has reached a final decision that we preserve this site to ensure that the people of central Sydney maintain this great cultural facility here in Sydney.”

Berejiklian said: “This will allow us to provide an outstanding visitor experience in the areas of technology, science, engineering and design at two major locations.”

The government had planned to sell the Ultimo site for up to $195m with these funds to be put towards the cost of building the new museum at Parramatta.

The Parramatta lord mayor, Bob Dwyer, said he was pleased the government confirmed it was “still committed to delivering a world-class museum in Parramatta”.

“The decision to retain the Powerhouse museum at Ultimo should not compromise the investment we were promised for an iconic cultural institution in western Sydney,” Dwyer said.

Independent Sydney MP Alex Greenwich said the debate should have “never been about Sydney versus Parramatta”.

“The passionate community campaign to save the Powerhouse speaks volumes to its special significance to Sydneysiders,” Greenwich said.

“This means hundreds of jobs in the culture sector are saved,” he said. “It also means Australians can enjoy the rich cultural heritage that the Powerhouse has to offer.”

The new museum in western Sydney is expected to create more than 1,100 construction jobs, 2,400 indirect jobs, and employ hundreds more people once opened.

The state government last year said the Powerhouse Precinct in Parramatta was on track for opening in 2023.