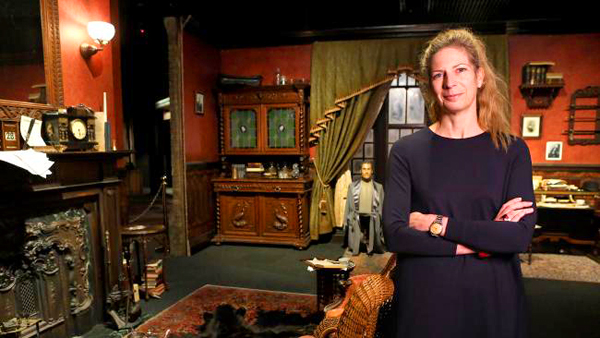 Michaela Boland, Powerhouse opens Sherlock exhibition, while looking for clues to its own future, The Australian, 2 June 2017

Should Mr Harwin have attended­, the thorny question of the museum’s future — will it stay in inner-city Ultimo or move to western Parramatta, or a bit of both — would have been difficult, if not impossible, to avoid. Next Tuesday he will have no choice.

The Arts Minister has been called before a long-running upper-house inquiry into ­museums and galleries that was triggered by a backlash against his government’s decision in early 2015 to move the museum from its prime location.

The committee — headed by Shooters, Fishers and Farmers Party MP Robert Borsak and Greens MP David Shoebridge — has sought for a year to ascertain the Baird government’s business case for the move, estimated this year as likely to cost up to $2 billion.

It is now trying to ascertain what the government’s intent­­ions are after Premier Gladys Berejik­lian indicated that the move was off but a Powerhouse offshoot would still be built in Sydney’s west.

Powerhouse director Dolla Merrillees said yesterday uncertainty about the site’s future had taken a toll, although an impressive 107,000 visitors had attended its previous show, from the British Museum, Egyptian Mummies: ­Exploring Ancient Lives.

“Two-and-a-half years of controversy has not been easy on the museum but the message is we’re open for business and engaging with our audiences and stakeholders,” she said.

Any decline in memberships, visitors and sponsorships during the period has been offset by the government decision in mid-2015 to admit children without charge.

There is an entry fee, however, for The International Exhibition of Sherlock Holmes, built by American company EDG and promising problem-solving and advent­ure. Sydney is its first inter­national location after showing in eight US cities since 2013 and the Powerhouse has endeavoured to extend the Sherlock narrative into education programs and tours of the permanent collection.

The immense collection of artefacts housed at the Ultimo headquarters of the Museum of Applied Arts and Sciences has been one of the reasons given against moving it all to Parra­matta.

The inquiry heard that the cost of building a new museum would be $800,000 and former museum­ director Lindsay Sharpe said moving costs would result in a total bill of $1.5bn-$2bn. The Baird government had argued­ against the idea of building a new museum in Parramatta in addition to retaining the Ultimo­ site, saying that the cost of running two museums was un­feasible.

Critics of the decision accused the state government of attempting a land grab for the valuable inner-city real estate, the sale of which would offset the new ­museum.

The new hearing date has meant the inquiry has changed its reporting for a fifth time. It now plans to report on August 25.

Positions Vacant » View All
» Collections and Database Administrator – QVMAG
» Team Leader Learning & Engagement – QVMAG
Latest News » View All
British Library £500m community-focused extn
through planning major planning hurdle Read more.
Thornborough Henges off Heritage at Risk
Tarmac gifts to Historic England Read more.
AWMM’s Secrets of Stonehenge
- secrets explained – mystery remains Read more.
The half-formed idea of Aus: Julianne Schultz
on the importance of recognition Read more.
QMN’s World Science Festival & Curiocity
2023 incl Meganne Christian & Brian Greene Read more.
Top +
Council of Australasian Museum Directors c/o Lynley Crosswell, Museums Victoria, GPO Box 666, Melbourne VIC 3001, © CAMD 2023
Copyright: All information and resources provided on this website remain the copyright of the Council of Australasian Museum Directors. Permission is granted for viewing and downloading for personal and not for profit purposes. Those wishing to reproduce any materials for commercial, educational or other uses are requested to contact us.
Disclaimer: The content of this website is provided for information purposes only and is not intended as a substitute for professional advice. No claim is made as to the accuracy or authenticity of the content of the website. The Council of Australasian Museum Directors does not accept any liability to any person for the information or advice (or the use of such information or advice) which is provided on this website. The information on our website is provided on the basis that all persons accessing the site undertake responsibility for assessing the relevance and accuracy of its content. No responsibility is taken for any information or services which may appear on any linked web sites. Hostgator.
.