You are here: Home » Articles filed under: 'News' » Article: 'Powerhouse to remain open at Ultimo to 2021'

Powerhouse to remain open at Ultimo to 2021 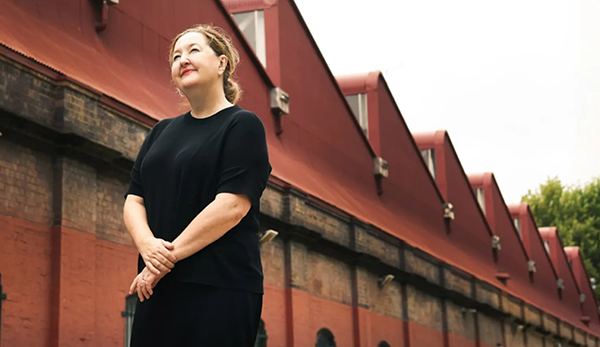 Lisa Havilah wants to delay the closure of the Powerhouse Museum at Ultimo. Credit: Peter Braig.

The Powerhouse Museum is likely to stay open at Ultimo for up to another two years.

The museum was to have closed its doors by January before its relocation to Parramatta by 2023 but newly appointed chief executive officer Lisa Havilah confirmed she would prefer it be delayed by one or two years to enable exhibition programming to continue on site.

”The project is very much on track but we are looking to keeping the museum open for another year or two to keep delivering projects and programs that will engage the community, but ultimately it is a decision for government,” she said after announcing the first major survey of Australian designers and artists Jenny Kee and Linda Jackson to open in October.

News of the delay in the Ultimo site’s closure came as the shortlist of international and Australian architects selected to design the Powerhouse’s new home on the banks of the Parramatta River was named.

The international design competition attracted 74 expressions of interest involving 529 individual firms from 20 countries and Australian partners, including seasoned and emerging practices, said Arts Minister Don Harwin, who had encouraged ”ambitious and creative responses” in his brief to architects.

The six shortlisted teams have responded with promises of a building that reflects western Sydney’s identity and gives rise to new cultural and community expressions and justified excitement in the final results, the minister said.

Bernardes Architecture (Brazil) and Scale Architecture – Australian designers shortlisted for the Green Square Aquatic Centre, the R7 Building Barangaroo, and the National Museum of Afghanistan – want to use architecture as a driver for the invigoration of public life, pointing to their record of ”careful adaptations to each country’s colonial and Indigenous cultures”.

Unusually, leading architects CHROFI have partnered with Reko Rennie, an interdisciplinary artist who explores his Aboriginal identity through his Kamilaroi heritage with stylistic elements of graffiti, repeat patterning and hand-drawn symbolism.

Partnering with the Australian firm Architectus is the UK’s AL_A, which has recently completed the Victoria & Albert Museum Exhibition Road Quarter in London, the Museum of Art, Architecture and Technology in Lisbon, and a luxury shopping mall and hotel in Bangkok.

Paris’s Moreau Kusunoki will team up with Genton, with the aim of challenging conventional museum programs to create a place of collective memory, reflection, and community.

Each finalist team will now receive $150,000 to develop design concepts and attend a site visit in June, after which they have three months to develop their concept designs to show to the public in a physical exhibition and online gallery before the international jury meets later this year to decide a winner.

Exact site boundaries and the fate of two heritage buildings Willow Grove and St George’s Terrace are expected to be announced at this next stage.

The competition shortlist comes as the Powerhouse’s executive team continues to thin, with Michael Parry, responsible for the new museum project, soon to leave in the wake of the departure of Tristan Sharp, the museum’s former director of programs and engagement.