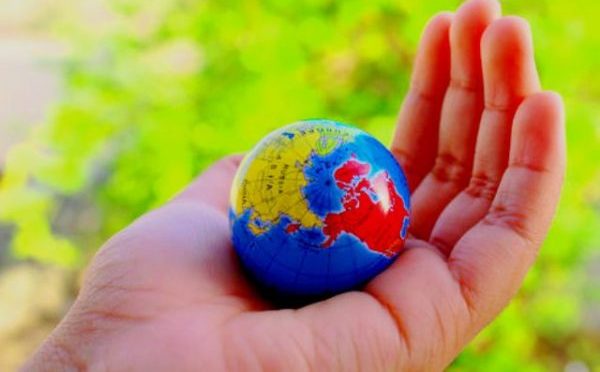 Local voices are more important than ever in a time of global oligopolies. Photo: i naina _94/flickr, CC BY-SA.

Julianne Schultz, Australia must act now to preserve its culture in the face of global tech giants, The Conversation, 2 May 2016

The following is an edited version of the Brian Johns lecture, delivered on Monday night by Professor Julianne Schultz. It’s a longer read at just over 4,500 words.

We now live in the Age of Fang – the shorthand term for the new global era dominated by the oligopoly of Facebook, Apple, Amazon, Netflix, Google and others. These companies have made globalisation real and personal thanks to the intimate objects we carry with us and access, unwittingly transmitting all the time.

The audience numbers that attach to the most popular items whizzing around the globe in an instant are remarkable – exceeding even the wildest dreams of the gatekeepers of the age of mass media. Millions of views, shares and likes, followers counted in the hundreds of thousands.

This is an almost unimaginable world away from an asterisk on a TV ratings chart, or the tally of a bestseller in one country.

Digital disruption has become the new cliché that is supposed to capture this phenomenon. But it is inadequate. It suggests that what is happening is just the latest technological change. Albeit one that has created a new class of self-interested global consumers, fostered new businesses and remarkable monopolies, transformed or trashed old ones. Technology has been transforming business, and by extension the way people live, for every generation since the industrial revolution.

But this is different. What is at stake is more profound, with implications that encompass but go well beyond the commercial. The speed and reach of the technology these companies deploy now challenge the mechanisms of public administration, regulation and taxation that have been refined and developed over a century or more.

They may in time even challenge fundamentals of the nation state itself. In the past, great realignments like this were the outcome of war – so far this has been avoided, but the tension between the global and the local is starting to play out in unpredictable ways.

Democratic societies don’t understand the phenomenon of the tech giants, what the phenomenon might mean in civic terms, what benefits it might bring to governance and the dangers inherent in it.

Most importantly, as scholars are beginning to draw out, and people are feeling in their bones, this disruption is not just about technology. It is cultural and political. Although we haven’t yet got our heads around what it might mean and how it might play out. You can see it in the Brexit debate in Britain, in the Trump rallies in America and authoritarian responses in China and India.