You are here: Home » Articles filed under: 'News' » Article: 'Pricing the priceless' 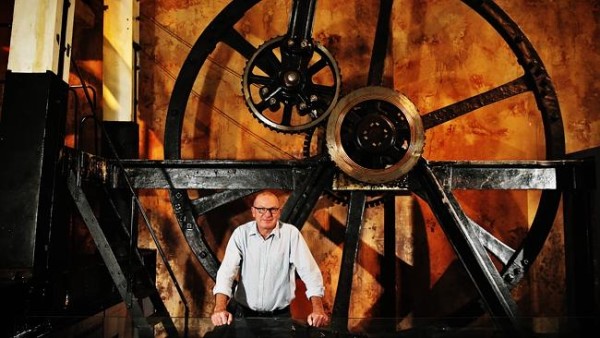 Principal curator at The Powerhouse Museum in Sydney, Matthew Connell, pictured with a priceless he Boulton and Watt steam engine. Source: News Limited.

Linda Silmalis, Some of Sydney’s Museum of Applied Arts rarest and quirkiest items come in at staggering prices, The Sunday Telegraph, 18 October 2015

IT predates the steam train and was used to increase the production of beer — its invention putting horses out of work.

Independent valuations of artefacts held by the Museum of Applied Arts — and showcased at the Powerhouse Museum — put their collection at more than $309 million.

But so rare and significant is the steam engine — the oldest of its kind in the world — valuers have been unable to put a dollar figure on it.

The man charged with looking after the engine said its value was based on its role in the industrial revolution, when machinery began replacing people and horses.

Built for the Whitbread Brewery in London in 1785, the engine powered equipment used to make beer for 102 years, boosting production by more than double and replacing 24 horses.

It ended up in Australia after one of its builders — Professor Archibald Liversidge — snapped it up in 1888 for a Sydney museum after the brewery upgraded.

The engine is now regarded as the most significant technological artefact in Australia, with the museum only allowing certified steam engine operators to power it up as part of its maintenance regimen.