You are here: Home » Articles filed under: 'News' » Article: 'Pride and prejudice at Te Papa'

Pride and prejudice at Te Papa 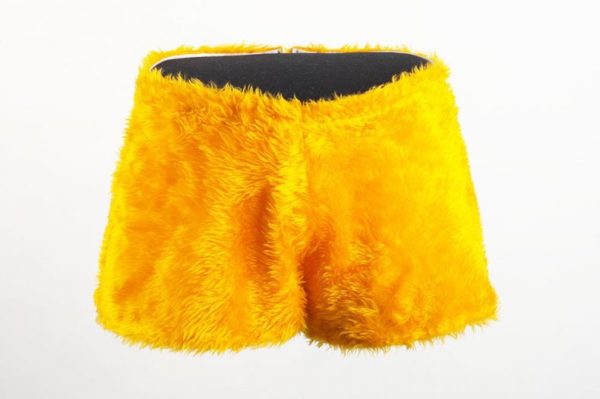 Efforts are made to ensure that the history collections represent historical stories from diverse cultural perspectives, ages, genders and sexualities.

It’s an aspect of the curatorial role that’s taken very seriously, and with enthusiasm.

The inclusion of objects representative of LGBTIQ people and communities have been purposefully acquired since Te Papa’s inception.

In fact some of the earliest inclusions relating to gay pride were donated by Neil Anderson who was part of the team working on Te Papa’s opening exhibitions.

Neil donated a variety of items including a pair of yellow faux fur shorts worn in the 1990s at a Wellington Devotion dance party – a major event in the gay pride calendar, and several T-shirts celebrating and reclaiming the name ‘queer’.

Glitzy clothing and flamboyant headdresses, photos, paintings and decorative items were acquired, items that are evocative of her life as a drag queen performer and brothel owner.

These important inclusions represent a part of New Zealand history that is often hidden or excluded from mainstream history.

Objects relating to marriage equality in 2013, Lesbian Radio, and the 2nd Asia Pacific Outgames, held in Wellington in 2011, are all in the mix.

A set of 34 collages, created by Evergreen Coffee Lounge transgender owner and manager Chrissy Witoko, is another illuminating gem in the history collection. The collages once hung on the walls of the Evergreen, but today they provide an important visual record of the people, places, and major events intertwined with LGBTIQ life in New Zealand.