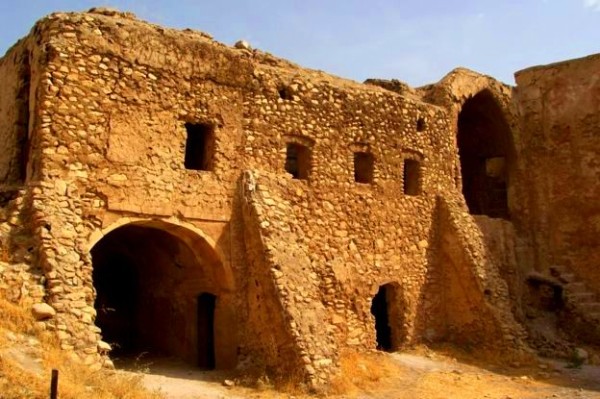 Destroyed by ISIS, St Elijah’s Monastery, or Deir Mar Elia, was believed to have been built in the late 6th Century.

In the wake of ISIS’s most recently confirmed attack on cultural heritage — the destruction of Iraq’s oldest Christian monastery — Italy has teamed up with the United Nations to create a task force whose goal is to protect ancient artworks, artifacts, and archaeological sites in conflict zones from extremists, the AP reports.

The force will establish a center in Turin, where it will train cultural heritage protection experts. It aims to “assess risk and quantify damage done to cultural heritage sites, develop action plans and urgent measures, provide technical supervision and training for local national staff,” the Italian ministry said in a statement. It will also help move some objects to safety “and strengthen the fight against looting and illegal trafficking of cultural property.”

“We are witnessing a tragedy of destruction of heritage, systematic and deliberate attacks on culture,” Bokova said at the signing ceremony, which took place inside the majestic Baths of Diocletian. The Peacekeepers of Culture “could be in the future one of the essential components in the fight against terrorism,” Gentiloni said.