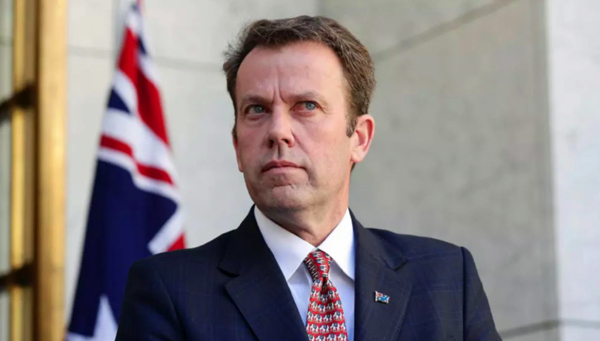 You can’t always predict when research is going to be useful. Some of the greatest discoveries and insights emerge when you least expect them or in ways you can’t anticipate. This is especially pertinent in humanities research.

This is why Education Minister Dan Tehan’s proposal to add a “national interest” test to the approvals process for Australian Research Council grants is unwise. It’s tempting to see this proposal as a polite version of the proverbial Australian pub test.

Tehan suggested the proposal after news broke that Simon Birmingham had intervened when he was education minister to veto $4.2 million in approved grants for research projects in the humanities and arts. Considered in this light, the proposal is really a fig leaf aimed at providing cover for continued attacks on humanities research.

This is a perennial temptation on the part of conservatives, who see the humanities as an easy target and use it to play to their partisan base. Birmingham provided no justification for his rejection of the grants that was tied to any analysis or critical assessment of the projects. It was done merely on the basis of their titles. This is crass populism at its worst.

Even worse, however, is that there has never been a more important time to be investing in and harnessing the extraordinary resources of our humanities researchers. It is no small irony that news of Birmingham’s actions emerged just before we learned of the terrible events in Pittsburgh, occurring in the midst of a grimly divisive political campaign in the United States.

In this climate we need a deeper understanding of the histories of cultural exchange, engagement and conflict between the different parts of our communities and our world.

It’s in the national interest to have a robust, rigorous, independent peer-review process to drive research excellence. This guarantees only the very best projects are funded and ensures we are able to work with the very best researchers from around the world. It also allows us to know it will be the quality of the ideas and the science that is driving funding decisions, not the whims of the political moment.

To tamper with peer review sends a terrible message to the world about the state of Australian research, when we have been performing exceptionally well. Australian universities are regularly ranked among the top 200 in the world, a remarkable achievement for a country of our size, and our researchers often work with the best in the world.

But what must our collaborators be thinking now? Why would leading researchers in Europe or the United States collaborate on ARC grant applications when funding decisions are subject to the whim of our politicians? And don’t think this is only a problem for the humanities and social sciences. What’s to stop a minister from rejecting proposals focused on controversial areas of scientific research such as climate change, for example, or gene editing?

There is already a part of the ARC application process that requests researchers describe the potential “national benefit” of their research – and the minister has access to the answers. The Chief Scientist also provides a list of national research priorities that encourages researchers to highlight how their research will tackle crucial national issues such as climate change and chronic disease.

Independently assessed, rigorously evaluated research generates enormous benefits for Australia. We know this because the government has already put in place its own, peer-reviewed process of evaluating our research.

At least in the pubs I frequent, there is a deep hunger for intelligent, informed debate about issues affecting our society. Let’s not assume the worst of the Australian public. That would be something genuinely in the national interest.

Duncan Ivison is the deputy vice-chancellor (research) at the University of Sydney.