People gather to watch the statue of Captain Hamilton being removed from Civic Square – watch video. The statue, standing in the city’s Civic Square until Friday, will now be stored out of the public eye.

A road has two directions, vanishing footprints and a horizon of opportunity, build to join them

Although we are living separately, we will emerge, conquering our enemy, remaining steady, staunch and successful

OPINION: For anyone serious about honouring and preserving our past, defending colonial-era monuments is a strange place to start. In truth, statues are terrible story-tellers.

In our culture, statues connote only one thing – greatness. They cannot contain any more subtlety than that. By definition, they are unable to evolve with our understanding and shifting norms. They cannot be revised or reimagined. They are, as the name suggests, static; frozen in time and place.

All history is a form of story-telling, and statues, literally and otherwise, are about cementing in the public square the preferred narrative of the time. This is why they shoot up like daisies in totalitarian regimes.

To tyrants, the one-dimensional simplicity of the art-form is irresistible. Their bluntness as a propaganda tool is a feature, not a bug. It’s no surprise, then, that statues are among the first targets for protesters when authoritarians lose their grip on power.

To write this article without talking more about the Black Lives Matter issue would be wrong. I’ve been to the United States more than a dozen times. The literal white-washing of their history is disturbing.

Visit Washington’s Mt Vernon or the Civil War Museum in Richmond (our host kept disturbingly referring to the Confederate Museum) and you see little mention of slavery. In fact, often the narrative given is how good folks were to their slaves, treated them like family. You see these monuments are real; they are seen by black people as trying to keep them in their place.

My wish for Aotearoa is that we all have our place and that dialogue takes the place of what is, in my view, justified civil unrest. 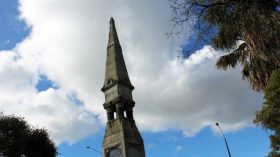 The monument in Great South Rd, Ōtāhuhu, to Colonel Marmaduke Nixon, who led troops in raids against Waikato Māori in the 1860s. Shane Te Pou was involved in unsuccessful efforts to have it removed in 2017. KYMBERLEE FERNANDES/STUFF

In a liberal democracy like New Zealand, the debate around colonial-era monuments, as well as memorials and street-names, needn’t be as heated – but it is still necessary. It needs to be based on a clear-eyed understanding of what purpose these serve.

It’s not enough simply to say they “tell our story” when, in fact, they merely represent a narrow expression of what certain powerful people wanted us to believe at a given point in time. Should this be preserved in perpetuity, even if our understanding of events has changed radically in the interim?

In the course of this debate, which has gained renewed currency in the wake of the global Black Lives Matter protests, some defenders of the status quo have made charges of hypocrisy. They point to Te Rauparaha​ Arena in Porirua, noting that it honours a man with an undeniably violent past.

But this effort at “both sides” equivalency doesn’t withstand much scrutiny. For one thing, the arena sits on Ngāti Toa land. At the time of its naming, other iwi, including victims of Te Rauparaha’s raids, were consulted but ultimately recognised the mana whenua of Ngāti Toa and their greatest general. In fact, according to a local politician who was involved at the time, the main source of complaint about the proposed name was Pākehā who just didn’t want te reo used at all. 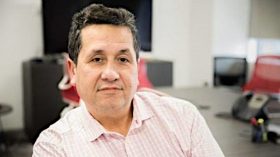 Shane Te Pou: “As for monuments, let’s put them in Te Papa where they belong, and where there is considerably greater scope to offer critical historical context.” SUPPLIED

But, ultimately, this is an arena named after a Ngāti Toa rangatira built on Ngāti Toa land – a far cry from colonial memorials that immortalise people who committed acts of violence against iwi, often within those same iwi boundaries.

One link with our past I would like to see expunged are streets named after John Bryce. Bryce spearheaded the invasion of Parihaka​ in November 1881. Pacifists Te Whiti​ and Tohu​ were arrested along with their followers. Some 14 years before the events at Parihaka, Bryce led a group of soldiers attacking and killing unarmed Māori boys. Our kids should learn about this history, for sure. But we are distorting our past, not serving it, by retaining links that honour men like Bryce.

As for monuments, let’s put them in Te Papa where they belong, and where there is considerably greater scope to offer critical historical context. There, they will help us understand how our values and understanding have changed over time.

Public squares should be reserved for unifying symbols – not icons to racism, colonialism and violence. This history is vital, for sure, but it is not served by the perverse celebration of people whose values every New Zealander today rejects.

* Shane Te Pou led efforts to have the statue of Colonel Marmaduke George Nixon removed from Ōtāhuhu in 2017.