The establishment of the Queensland Holocaust Museum and Education Centre took a massive step toward becoming a reality with the announcement by Queensland Minister for Multicultural Affairs Stirling Hinchliffe, that a re-elected Palaszczuk Government will commit $3.5m to the facility. 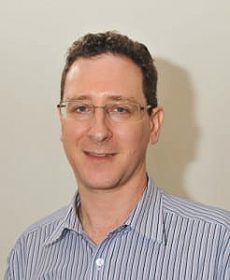 Brisbane Lord Mayor Adrian Schrinner also expressed his support and announced a commitment of $500,000 towards the museum.

The announcements were made at a special function on Thursday honouring the heroic efforts of a Dutch couple, who saved Jewish lives during the Holocaust.

Last month, the Morrison Government committed $3.5m to the facility, which was followed by a commitment by LNP leader Deb Frecklington that an elected LNP Government would match the $3.5m.

Queensland Jewish Board of Deputies Vice-President Jason Steinberg said the commitments from all three levels of government was wonderful news for the Jewish community, survivors and their families, as well as the entire state.

“We are so grateful to all our political leaders at a Federal, State and local level for their support of this project, which will become a legacy for all Queenslanders in learning about the Holocaust and other genocides,” Jason said.

“Our dream is that when it opens, the museum and education centre will provide a world-class learning in-person and on-line experience that will create a more just, tolerant society.”