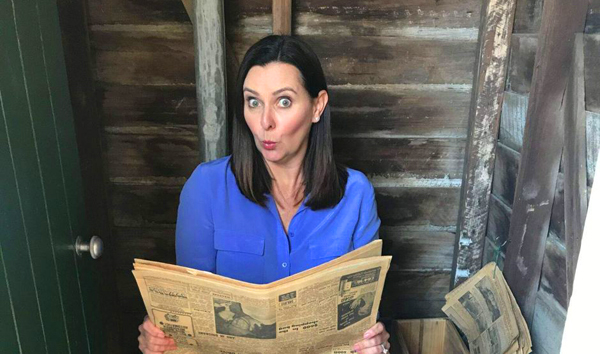 Have you still got an outhouse, a dunny, a loo, the long drop, a thunderbox or a crapper in your backyard?

Queensland’s Urban Utilities is looking to collect and restore some of the country’s remaining backyard dunnies to put in a new ‘Pooseum’ being set up in Brisbane.

The outdoor toilet was mandatory in Brisbane from the late 1800s and remained a staple of life in Brisbane’s outer suburbs into the late 1960s when the whole city was connected to a sewerage network.

If you no longer have a dunny, but you remember stumbling into the night with a torch, half asleep, only to find a spider or three under the seat, then your memories, memorabilia and photos could be part of the Pooseum.

Queensland Urban Utilities spokeswoman Michelle Cull said they would restore a number of dunnies for the Pooseum and were keen to know the location of other original outhouses.

“The backyard dunny is a great Aussie icon and we’re really keen to see this important piece of history preserved before it disappears,” Ms Cull said.

Next time you are sitting on the porcelain throne in the comfort of your bathroom, spare a thought for people like Lyle Barlow whose job as a “night soil man” in Mount Crosby, near Ipswich in the late 1960s, meant changing the full tins in outhouses.

Once a week Mr Barlow would collect the waste tins from the outhouses of 50 homes in the area.

“The council supplied all the equipment… I had to supply a truck and dig a hole, collect it and bury it and put sawdust in the sawdust bins,” Mr Barlow said.

But despite the unappealing job description, Mr Barlow said the pans did not smell and the job was not as bad as it sounded.

“Changing the pan was much better than the garbage man’s job,” he said.

“I pulled that pan out, put a lid on it, it had a rubber seal and a spring clip on it so I’m just carrying a tin of something.”

Downside of being a ‘dunny man’

But he said his occupation did come with a stereotype.

“I can remember when I was a kid if you wanted to say something nasty you said his old man was a ‘dunny man’,” Mr Barlow said.

“I had two young girls when I was doing it, but I didn’t do it every day of the week.