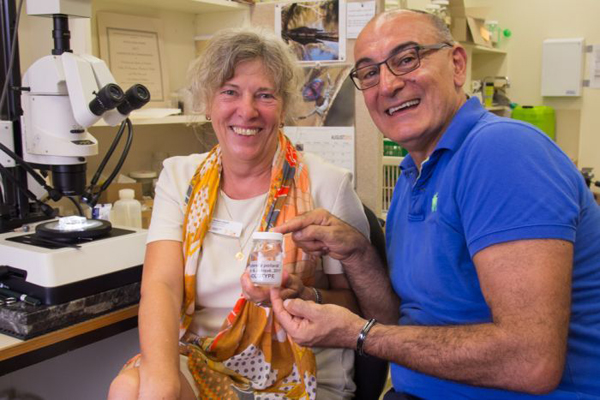 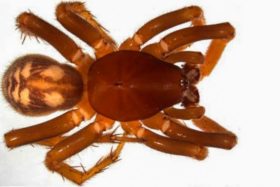 A Queensland scientist has discovered a new species of ant-eating spider and named it after a new friend following a chance meeting.

Queensland Museum arachnologist Barbara Baehr discovered the spider, Nosterella pollardi, while researching a paper on specimens in the museum’s collection.

The male’s unique genitals separated it from other ant-eating spiders due to its well-developed hood, which aids reproduction. “The genitals work like a lock and key together, making each one specific to the species,” Dr Baehr said.

The small brown spider, which measures one centimetre in length, can only be found on Lord Howe Island, off the NSW coast.

The species lives with ants, mimicking their appearance and making it hard for the ants to recognise the predator.

“They’re also unique as they often make pheromones like ants so the ants can’t detect them,” Dr Baehr said.

Naming the spider after a new friend

The two crossed paths when she was trying to sell her vintage bike.

“I put it on Gumtree and a day later I met Peter Pollard,” Dr Baehr said.

“I did some research on him and discovered he was a microbiologist and he had changed how we thought about the waterways here in Queensland, so I thought he was a great match.

“I wanted to name a species after someone who had done great things for Queensland as I wanted to honour them.”

The next best thing to being named Australian of the Year

Associate Professor Pollard said he was “flabbergasted” when Dr Baehr asked if she could name a spider after him.

“You can only have one Australian of the Year, but to me this is the best next thing,” he said.

“I’m a water person and I had spent my whole life studying virus and algae in water, so the fact that this spider is only found on Lord Howe works.