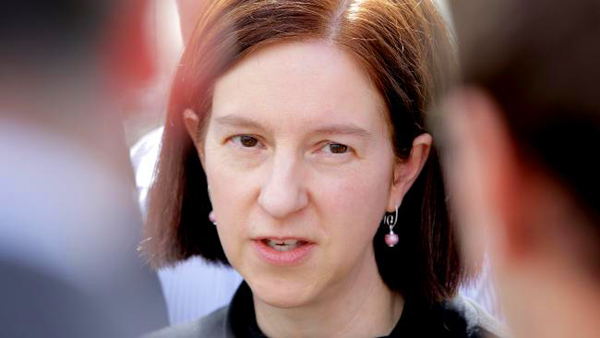 In a scene in the blockbuster movie Gravity, a “kangaroos crossing” sign flashes by inside a disintegrating space station. In another, the mission patch worn by the space shuttle crew bears the name “Thomas”.

Both scenes are nods to Australian astronaut Andy Thomas, a consultant on the movie. This weekend in Brisbane, Thomas will do the same thing for a live audience, as he critiques the technical qualities of the movie The Martian. “It’s a bit of fun,” he says. “It’s gee whiz for families, to understand what’s real in movies and what’s not.”

Thomas is among dozens of celebrated scientists and engineers in Brisbane for the World Science Festival, a five-day ­extravaganza of cutting-edge knowledge that is programmed more like an arts expo.

The festival’s co-creator, Brian Greene, says this is deliberate. “Most people see science and art as radically different,” says Greene, a physics professor at Columbia University in New York. “One of the goals of the World Science Festival is to reach the person who would go to an art event but never a science event — have them come in for the art, and leave with the science.”

Brisbane is the first city outside New York to stage the festival, which starts tomorrow. Highlights include Greene’s Light Falls — an ­account of Einstein’s discovery of the general theory of relativity — and Dear Albert, a play by M*A*S*H star Alan Alda, based on Einstein’s correspondence with his wives, lovers and children.

Queensland Museum chief executive Suzanne Miller, who is responsible for programming, hopes the event will attract 40,000 visitors in its first year, with Brisbane contracted to host the festival for at least six years.