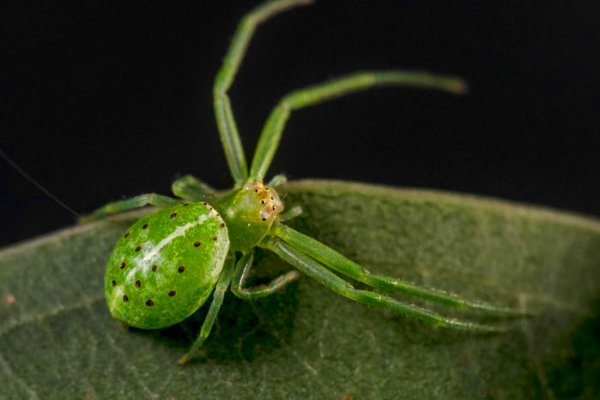 Tony Moore, The hideous new Aussie spider only a scientist could love, The Canberra Times, 28 September 2018 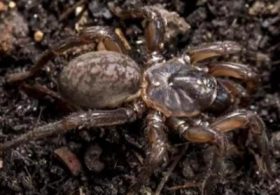 There’s also a particularly ugly new species of brush-footed trapdoor spider, which only a scientist could love.

The discoveries were made during this year’s Cooloola Bio Blitz, an annual long weekend where some of Australia’s leading scientists meet with “citizen scientists” to hunt in teams of seven for new species.

He has already fallen for some of the 37 new species of spider.

“Baalzebub. That’s a tiny thing and the name means lord of flies,” he says.

“I presume that means it catches flies in its web. It has sprung-tension webs and when something falls in the webs – they are under tension – they just wrap them up.

“They are all miniature. This one was only about 1.4 millimetres long.”

“I was really thinking of it as a tropical spider. Then I got both a male and female at Cooloola,” he said.

“It was amazing because I don’t think there has been any successful live specimens before anywhere in the world.”

“It is intense green and has never been photographed before,” he said.

“Their legs allow them to move sideways like a crab. They actually look a little bit like a crab.”

Mr Whyte is already discovering at Cooloola new species of spiders in spider “families” (the bigger biological grouping) that are still not officially recognised yet.

“I have a new species in a spider family called Tetragnathidae, which itself isn’t official yet,” he said.

“We know the species are there, but their taxonomy is still in the works so to speak.”

Mr Whyte said Cooloola’s biodiversity was the reason so many new spiders were being found.