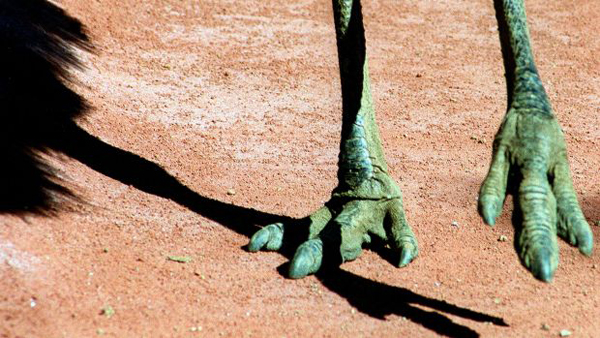 Researchers have built running tracks for turkeys, emus and ibises and other birds in the race to discover how dinosaurs moved.

Birds had previously been used to explore the movement of dinosaurs but not to the extent of this latest research, in which 12 bird species were observed sprinting to explore how the weight of an animal can affect its movement.

The resulting article said while the movement of dinosaurs that walked on two legs had caused controversy, the scientists had devised an equation that helped calculate how the extinct giants roamed.

It could also potentially provide answers to other questions, including if they were cold or warm-blooded and if Tyrannosaurus rex really was a predator.

The results of the study, led by Queensland Museum‘s Dr Peter Bishop in collaboration with researchers from the University of Queensland, the Gold Coast, Sunshine Coast, Western Australia as well as Britain, Portugal and the US, were published on Wednesday.

The researchers gathered three species of quail, a swamphen, a tinamou, a guineafowl, an Australian bush turkey, an Australian white ibis, a chicken, a turkey, an emu and an ostrich and placed them on the custom tracks.

The quails used an indoor track and the nine other birds were raced outdoors.

“Challenging would be the understatement of the century … [working with birds] was a good test of human resilience,” Dr Bishop said.

“The birds like the chickens and the turkeys and the quails you could get quite easily from local breeders, but the wild species like the ibis, for instance, we basically had to go and capture them ourselves.”

The anatomy of the birds was also studied.