You are here: Home » Articles filed under: 'News' » Article: 'QM on NAIDOC’s history' 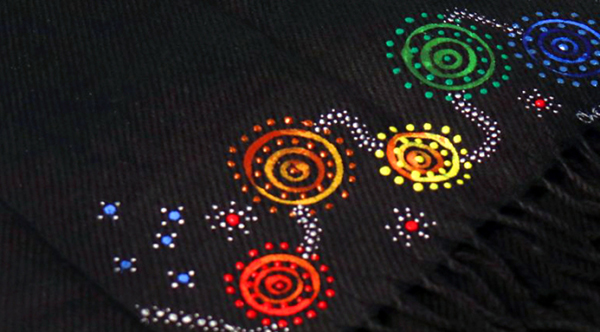 The 7-14 July marks the 2019 NAIDOC Week. Each year, NAIDOC Week celebrates the culture, history and achievements of Aboriginal and Torres Strait Islander peoples. NAIDOC Week is commemorated by both Indigenous communities and all other Australians. Annual NAIDOC events and activities are held across Australia to encourage people to participate in the celebrations, and support local Aboriginal and Torres Strait Islander communities.[1]

Some might not know, but the boycott of Australia Day – often now referred to as Invasion Day – is not a new event, and connects directly to the origins of NAIDOC Week.[2]

Aboriginal rights groups have been boycotting Australia Day since the beginning of the 20th century. By the 1920s, many of these groups were becoming more active and organised, protesting the day in an effort to highlight the mistreatment of Aboriginal people in Australia. The Australian Aborigines Progressive Association (AAPA) and the Australian Aborigines League (AAL) rallied hard throughout the 1920s-1930s to make the broader population aware of these boycotts and the reasons behind them, however their efforts went almost entirely unnoticed.

By the late 1930s, the situation had not changed. Protests continued, so much so that after a large demonstration in Sydney’s CBD on Australia Day, 1938, the anniversary became known as the Day of Mourning. This event in particular is recognised as one of the first major civil rights gatherings in the world.  At the time, William Cooper, founder of the AAL, proposed the concept of a national policy for Aboriginal people to then Prime Minister Joseph Lyons. Unfortunately, the proposal was rejected, as the Australian Government did not at this time hold constitutional powers when it came to Aboriginal people, a fact that would not change until the 1967 Referendum in Australia.[3]

The impact of the 1938 demonstration was felt around the country, and the Day of Mourning became an annual event. Between 1940 and 1955, the Day of Mourning was held every Sunday before Australia Day, known as Aborigines’ Day. The date of Aborigines’ Day was moved to the first Sunday in July in 1955, in an effort to use the day as both a day of protest, and also a day which promoted the celebration of Aboriginal culture and heritage.[4] 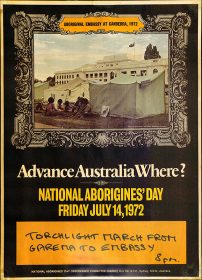 In the early 1990s, NADOC recognised the inclusion of Torres Strait Islander people in the Committee, changing their name to the National Aborigines and Islanders Day Observation Committee (NAIDOC).[6]

Every year, the NAIDOC week theme is chosen to reflect a significant issue or event that is relevant to Aboriginal and Torres Strait Islander people. This year’s theme – Voice Treaty Truth – recognises Aboriginal and Torres Strait Islander people’s place in Australian history and society, and promotes the reforms outlined in the Uluru Statement of the Heart.[7]

The Uluru Statement represents the unified position of Australia’s First Nations people. The Statement was developed as a result of the First Nations National Constitutional Convention, which ran over four days in May, 2017. The Convention brought together over 250 Aboriginal and Torres Strait Islander leaders to Uluru (on the lands of the Anangu people), to discuss constitutional reforms, and agree on how to approach the recognition of Aboriginal and Torres Strait Islander people in the Constitution.[8] 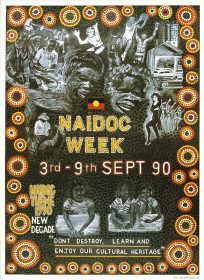 Reforms highlighted in the Statement involve enshrining a First Nations Voice to Parliament in the Constitution to empower Aboriginal and Torres Strait Islander people, and a Makarrata Commission to supervise treaty processes and truth-telling about the history of Australia and colonisation, and its continuing effects (Makarrata is from the language of the Yolngu people in Arnhem Land; the word means ‘coming together after a struggle’. Makarrata encapsulates concepts of conflict resolution and peacemaking, and seeks to acknowledge and right past wrongs).[9]

The 2019 National NAIDOC Poster was designed by Charmaine Mumbulla, a Kaurna/Narungga woman. The artwork is titled ‘Awaken’. Charmaine depicts in her artwork the early dawn light rising over Uluru, which symbolises the unbroken connection between Aboriginal and Torres Strait Islander people and the land. The circles at the base of Uluru are representative of the historic gathering in 2017 which resulted in the Uluru Statement from the Heart. Of the work, Charmaine wrote: “Our message, developed through generations, is echoed throughout the land: hear our voice and recognise our truth. We call for a new beginning, marked by a formal process of agreement and truth-telling, that will allow us to move forward together”.[10]