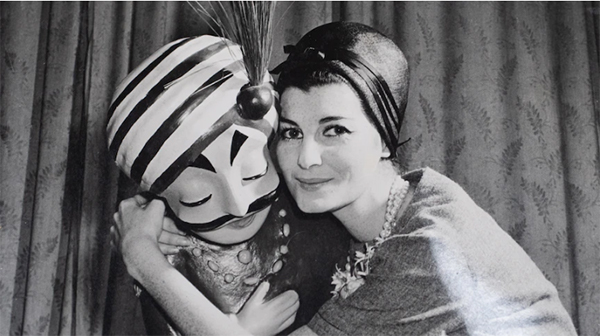 Welch’s work as a model took her around the world. Supplied: Queensland Museum, Gay Welch collection.

Edwina Seselja and Loretta Ryan, Gay Welch worked with some of the world’s biggest designers and ‘could have been our first supermodel’, ABC Radio Brisbane, 5 September 2021

Iconic Coco Chanel suits, Givenchy dresses, Christian Dior stilettos, and a Vivienne Westwood turban are among the designer garments and accessories owned and worn by the late Gay Welch, a Brisbane woman who is considered one of Australia’s first “supermodels”.

Welch’s haute couture collection also includes designs by Pierre Cardin, Norman Hartnell and Pierre Balmain as well as a personal scrapbook bursting with photographs, newspaper clippings and handwritten notes by Welch — all of which were gifted to the Queensland Museum in 2016, the year Welch died.

The Queensland Museum’s assistant curator of Queensland Stories Carmen Burton said the collection reflected the changing role of women in society across the 20th century. 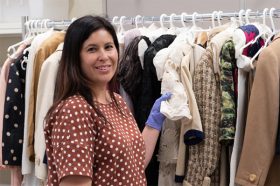 Ms Burton says Welch’s items were the first in the Queensland Museum’s collection to reflect the experience of women in fashion at the time.(ABC Radio Brisbane: Edwina Seselja).

“These pieces were created by the world’s most significant fashion designers at the time, which also means that these are the kinds of clothing and styles that many [designers] around the world were influenced by,” Ms Burton said.

“Looking at the history and the photos, Gay Welch, possibly could have been our first supermodel.”

Now the museum’s curators are able to share what they’ve learnt about Welch and her life in Queensland and around the world.

Born Gabrielle Welch in 1933, she grew up in Paddington and attended Brisbane’s All Hallows’ School. 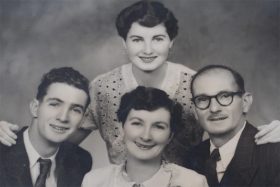 In 1952, the then 19-year-old was working as a secretary for the Commonwealth Bank before she travelled to London with her aunt and enrolled in a modelling course at the Lucy Clayton College for Ladies, which was Britain’s top modelling agency at the time.

At her graduation from the college, Welch was invited to model a collection by the Queen’s dressmaker, Norman Hartnell, for the Queen Mother — an invitation that Ms Burton said launched the young Australian’s career. 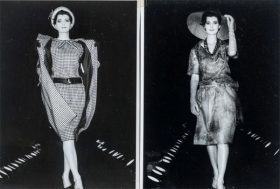 “She picked up modelling work with some of the world’s most significant fashion designers: Norman Hartnell, Christian Dior, Pierre Balmain, Coco Chanel, and the list goes on,” Ms Burton said.

Welch would eventually move from London to Paris.

While sitting in the audience at a Hubert de Givenchy show, Welch was scouted by the designer himself,  Welch’s longtime friend Bette Arkinstall said. 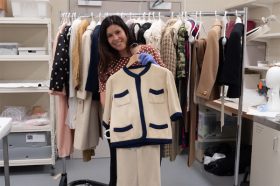 Givenchy would watch the audience from backstage to see their reaction to his collection, she said.

“She was beautiful and so he sent someone out and invited her to come back and asked her if she would like to do some modeling work for him,” Ms Arkinstall said.

“So she worked with him for a while, because he thought she looked like Audrey Hepburn, who was his muse.”

Following this, Welch modelled for a season with Coco Chanel.xx

Ms Arkinstall said that at the end of the season, Chanel sacked every other model except Welch. 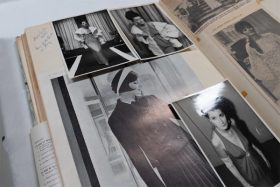 Welch returned to Australia in the early 1960s, living in Sydney for a time before returning to Queensland.

“This allowed her to bring all of her knowledge and skills she’d learnt overseas back to Queensland to teach other young women how to model.”

Ms Burton said this firmly placed Welch in fashion circles in Queensland and around Australia. 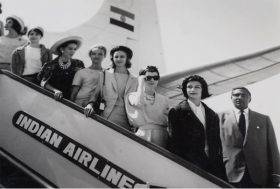 Gay Welsh poses for a photo with others, on the staircase of an Indian Airline plane. (Supplied: Queensland Museum, Gay Welch collection).

Ms Burton said prior to acquiring Welch’s items, the Queensland Museum did not have any objects in its collection that represented women who worked in fashion during this period.

“This is one of the most interesting things about this story, is that we’re capturing a woman’s story,” she said.

“A woman’s story from this period, who came from Queensland, grew up here and went out into the world and achieved great things, and became a success.” 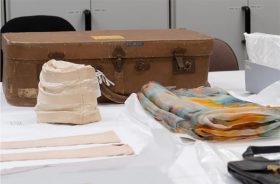 Curators are still cataloguing the items in the collection.(ABC Radio Brisbane: Edwina Seselja).

Ms Arkinstall said Welch’s love for fashion stayed with her long after she left Paris.

“She was always interested in fashion and she sewed beautifully, herself,” Ms Arkinstall said.

“So she would buy something, and she’d alter it to suit herself.”

Ms Arkinstall said Welch, who never married or had children, was fiercely passionate about the environment and also tried to promote the creative work of First Nations artists overseas. 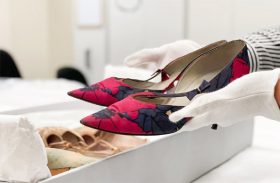 “She got very interested in Indigenous and First [Nations] people’s designs and she wanted to promote those in Paris,” Ms Arkinstall said.

“It was really a passion of hers but that didn’t eventuate.” 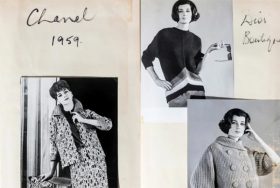 Welch, who spent her final years living at Daisy Hill in Logan, died from breast cancer at the age of 82.

With no living family, it would have been easy for her life story to be lost, if it were not for the friend who gifted the collection to the Queensland Museum.

The Gay Welch collection is still being catalogued and researched but it is hoped it will be available for the public to see in the future.