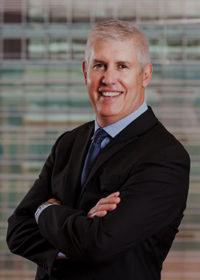 Chair of the Board of the Queensland Museum David Conry said he welcomed Jim Thompson to the leadership role with the Museum.

“Dr Thompson has demonstrated his strong commitment to effective, customer-focussed delivery in his biosecurity role and we are looking forward to his guidance as we continue to care for the State Collection, contribute to Advance Queensland initiatives, and host world-class events and exhibitions.

“In 2016-17 all campuses of the Queensland Museum Network met or exceeded their annual visitation targets, reinforcing the Network’s position as a world-class cultural institution delivering benefits across our state.

“I’m incredibly proud of the Network, in particular our flagship campus, Queensland Museum at South Brisbane, which attracted more than two million visitors through its doors last financial year with it on track to be the most visited museum in Australia for the third year in row,” Mr Conry said.

Incoming Acting CEO Jim Thompson said he was honoured to join the successful Queensland Museum Network and to lead the talented and innovative team that has delivered incredible experiences for Queenslanders across the state.

“Joining the Network after such a tremendously successful year is exciting and I look forward to working with the passionate and dedicated staff and volunteers to continue that success,” said Dr Thompson.

Dr Thompson has an extensive and distinguished career and has performed a range of leadership roles throughout Australia in areas such as research, policy and the public sector. He has a PHD in Wildlife Management, a Master of Resource Science and a Bachelor of Science (Hons) in Zoology/Animal Biology.

Museum of Tropical Queensland celebrated its 30th birthday with a record attendance of 124,980, Cobb+Co Museum welcomed 102,762 visitors and The Workshops Rail Museum at Ipswich saw almost 100,000 visitors through its doors.

On behalf of the Board of the Queensland Museum, Mr Conry thanked interim Acting CEO Alexander Hayward who will now return to his role of Deputy CEO with the Network.