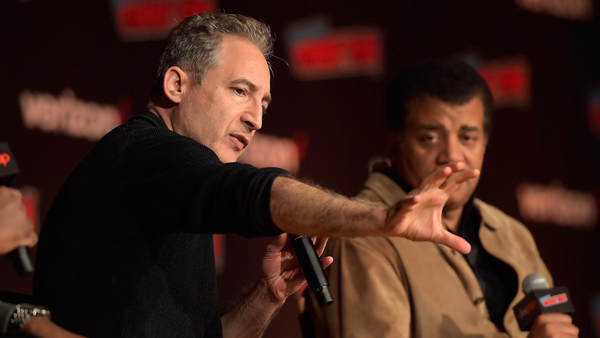 Now in its fourth year, Queensland’s international science celebration has something for everyone.

Throughout March, the annual World Science Festival Brisbane will see hundreds of expert presenters and tens of thousands of visitors exploring science and art throughout Queensland, Australia.

More than half a million visitors have attended over the past three years, and organisers are expecting more than 200,000 in 2019.

With more than 100 events for all ages and backgrounds, there is something for everyone. Here are our top 10 pics.

Time and the Creative Cosmos

Hosted by US physicist and event co-founder Brian Greene, and featuring the dance troupe Pilobolus, this event is billed as a “thrilling fusion of science and art”. Greene will pull back the curtain on mysteries of life and the universe. Suitable for all ages.

Night at the Museum

Explore the Queensland Museum at night and see firsthand what happens when the doors shut. An ideal event for children and their families, the evening includes live music, science demonstrations, and hands-on activities. Suitable for all ages.

The festival takes to the streets in this immersive and explorative block party. Moving across Queensland throughout March, scientists of all ages can explore interactive exhibitions and demonstrations. Free admission.

Tim Flannery is a scientist and writer known for his work on climate change. He says, “Sometime this century, the day will arrive when the human influence on the climate will overwhelm all natural factors.” In this intimate conversation with comedian John Doyle, Flannery will discuss his life, inspirations, and hopes for the future of our world. Open to ages 13 and older.

We Will Be Martians: Our future on the Red Planet

Event co-founder Brian Greene hosts a discussion with American astronaut and physician Yvonne Cagle, first Australian in space, astronaut Andy Thomas, along with psychology professor Kate Reynolds and astrophysicist Christine Charles. The panel will “contemplate what it will take to become a space-faring species”.

Antarctica: What Happens There Matters Everywhere

A panel of experts, moderated by science communicator and palaeontologist Paul Willis, discuss the storied history of Antarctica, it’s formidable environment and the unusual global treaty governing the continent. Suitable for all ages.

From Australia to the World: The Lost Apollo Moments

Australian scientists were responsible for ensuring that the first transmissions from the Apollo lunar missions were received and transmitted around the world. Hear the story firsthand from a panel of scientists and engineers who made those incredible early images and recordings possible. Recommended for ages 13 and older.

This collection of events for adults covers topics including the science of wine, genetic ancestry tests, forensics and much more. Food and drinks are available for purchase, and every event is sure to be a fun and engaging night out.

After Dark at Queensland Museum

This event is an adults-only after dark exploration, with live music, talks from experts, science demonstrations, and access to exhibitions. There will also be an appearance from the baby turtles of Brisbane’s Hatchery.

More information, including the full event program, is available at the festival website.